Kuwait’s Shia Muslims minority has won for the first time more than a third of the 50 parliamentary seats in polls boycotted by the opposition which declared the new assembly “illegitimate” due to poor voter turnout.

According to official results released on Sunday, the Shias – who form about 30 per cent of Kuwait’s native population of 1.2 million – won 17 seats compared with seven they won in the scrapped 2012 parliament and nine in the 2009 house.

Three women were elected to the new parliament compared to four in 2009, according to figures released by the National Election Commission. The new house includes as many as 30, new faces as leading members of the opposition stayed away from the polls.

Salfi (Wahabi) Islamists were reduced to a small minority of four MPs compared with as many as 23 in the house elected in February.
The opposition Popular Committee for Boycotting Election called the new assembly â€œillegitimate,â€ saying that the new parliament â€œdoes not represent the majority of Kuwaiti people and has lost popular and political legitimacy.â€

One day before the elections, tens of thousands of Kuwaiti opposition activists held a demonstration urging people not to vote in protest against the change to electoral rules, which they say will skew the outcome in favor of pro-government candidates.

The opposition called for protests after the government announced last month it was holding elections on December 1 and would change the electoral law â€œto preserve national unity.â€

The Kuwaiti emir used emergency powers in October to cut the number of votes per citizen to one from four.

However, activists say the decision to change the legislation by the emir, whose family has ruled Kuwait for more than 250 years, is aimed at electing a rubber-stamp parliament.

Kuwait was the first Arab state in the Persian Gulf to establish an elected parliament in 1962. However, the al-Sabah family remained in control of most key posts, including the premiership and the ministries of defense, interior, and foreign affairs. 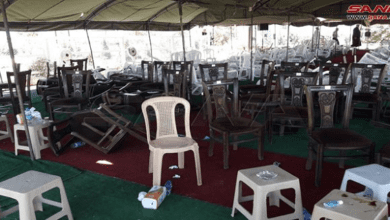 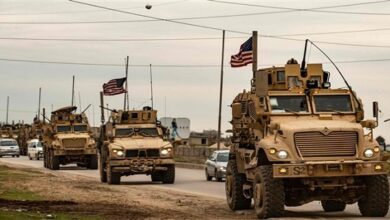 US brings in convoy loaded with equipment from Iraq to Hasaka 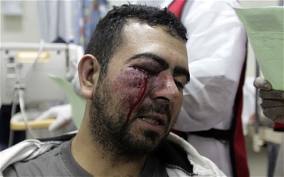