2-Sayad Ahmed Mustafa Mohammed was sentenced to one year imprisonment for taking part in illegal protests and disrupting public order. ( Activist and Had interviews with the media â€“ attached his photo with Al-Jazeera English).

3-Hassan Jaafar Ali Mhanna will be jailed for one year after being convicted of participating in illegal protests for criminal ends. He got another three-month prison sentence over driving a vehicle the registration plate of another one. However, the court found him not guilty of inciting the overthrow of the ruling system.

4-Hassan Isa Mohammed who was found guilty of holding pamphlets calling for the overthrow of the kingdomâ€™s ruling system and social fabric. one-year prison sentence.

1- fifteen people are charged with murdering a Pakistani national called Abdulla Malik Abdulla, attacking other people, taking part in illegal assemblies for criminal ends and disrupting public security, the court decided to adjourn the hearing to next Sunday, May 29 in order to enable the suspects to meet their relatives and appoint lawyers.

2-Ali Yussef Abdulwahab Al Taweel and Ali Atiya Mahdi Al Shamloul are accused of killing policeman Ahmed Al Mrissi while on duty in Sitra village.The case has been adjourned till 29 May, 2011.

4-Ali Yussef Yaqoob is accused of attempting to security officer on March 15, 2011, the court heard three witnesses, including the victim, who asserted that the suspect used a GMC to run over the policeman who was, along with his colleagues, trying to disperse protestors who were throwing pebbles at security officers and blocking roads. The case has been adjourned till 30 May, 2011.

Bahrainâ€™s general military prosecutor told the official Bahrain News Agency on Thursday that the capital punishment verdicts will be re-examined by the civilian Court of Cassation. No timeframe was given.

More than 13 million Syrians in need of aid: UN 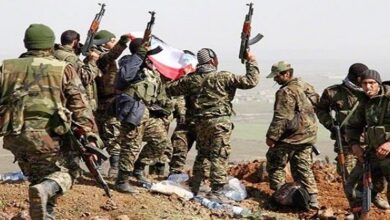