Thousands of civilians in the small town of Qodsiyeh in Western Ghouta took to the streets for the 7th to urge militants to leave the town, local sources said Wednesday.

“Several thousands of civilians continued to rally against the deployment of anti-government fighters in Qodsiyeh,” the sources said.

“260 militants, who had not agreed to join the peace agreement with the Syrian government, were to leave the town on Monday night but their evacuation to Idlib was delayed due to the eruption of some problems in the peace process in Elhameh whose reconciliation case in closely related to the peace agreement in Qodsiyeh,” they added.

“On Tuesday, at least 4,000 civilians of Qodsiyeh took part in a demonstration to warn the anti-government militants to leave the town,” the sources went on to say.

“On Monday and Tuesday, Elhameh was the scene of heavy fighting between Syrian army troops and anti-peace militants,” the sources added.

On Monday, sources in the peace committees in Qodsiyeh said that based on the agreement, “the terrorists who don’t intend to surrender their weapons would leave the town, while others who are willing to remain in the city and would lay down their arms would be pardoned”.

They, meantime, added that while the national reconciliation committees were preparing the list of those terrorists who seek to leave the two towns of Qodsiyeh and Elhameh and their families, the militants in Elhameh started clashes with the Syrian army forces.

In response to the militants’ violation of the agreement to leave the town, the Syrian artillery units pounded the terrorists’ positions in Elhameh, specially at the Beirut old road and Jamraya region.

At least 6,000 civilians in Qodsiyeh took to the streets on Sunday and urged anti-government militants to leave the town, local sources said.

“A major part of people in the town of Qodsiyeh poured into the streets to call on those militants, who have not joined the peace agreement with the Syrian government, to leave their town immediately,” the sources said.

“Some of the anti-peace militants opened fire at the demonstrating civilians, but in a surprising move, scores of the people engaged in fighting with the terrorists and seized their weapons,” the sources said. 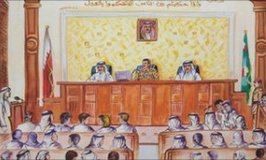 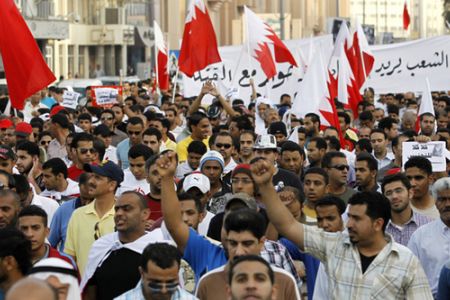 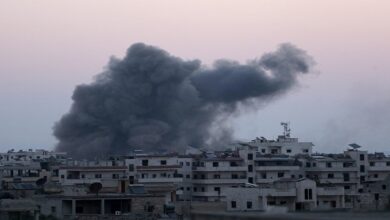