“It is clear that the Saudis had taken order from their masters in Tel Aviv and the US to commit the crime of executing Sheikh Nimr; therefore, it is not surprising to say that the decision to execute Sheikh Nimr was taken in Tel Aviv and confirmed in Washington,” Secretary-General of al-Talia opposition party Noufal Noufal told FNA on Wednesday.

He said that the al-Saud has always been a tool in the US hands to implement its plots in the region.

Noting that the al-Saud and ISIL are two sides of the same coin which seek to foment sectarian strife in the region, Noufal said, “Saudi Arabia executed Sheikh Nimr to provoke Iran into sectarian tensions in the region but Iran sees no place for sectarian conflicts in its equations and assumes it to be an undignified move.”

“Sheikh Nimr played an important role in uniting Muslims and the US and Israel feared his anti-colonialist activities,” Abbas Jafari said on Tuesday.

“His execution revealed the real face of the biggest state terrorism in the world to every one,” he added.

Abbas Jafari said that Sheikh Nimr was a prominent Muslim figure and therefore, his execution will finally lead to the collapse of the al-Saud.

He called on the international community not to keep mum on Saudi Arabia’s crimes and take serious action to prevent its continued tyranny.

Also, on Monday, Abdel Bari Atwan, the editor-in-chief of Rai al-Youm newspaper, underlined that the execution of Sheikh Nimr and 46 other people in Saudi Arabia was a calculated move by Riyadh to increase sectarian differences among Muslims.

“Whoever took the decision for the executions was after sending a provocative message to enemies inside and outside Saudi Arabia,” Atwan wrote on Monday.

According to him, Saudi Arabia seeks to exacerbate the sectarian crisis in the region and persuade provocative acts among the Shiites and Sunnis.

Atwan said it is no coincidence that the mass execution was carried out after Saudi Deputy Crown Prince Mohammad bin Salman announced the formation of a military, security and political coalition of 34 countries followed by establishment of the Turkey-Saudi Arabia strategic cooperation council.

The Saudi interior ministry announced on Saturday the execution of 47 people, including Sheikh Nimr.

After the announcement, Sunni and Shiite Muslims from across the world rushed to condemn his execution, vowing revenge.

After the declaration, thousands of Bahraini people poured to the streets and chanted “death to the al-Saud” slogans.

The Bahrainis who also carried some placards to show their support for Sheikh Nimr warned Riyadh that shedding the cleric’s blood will not remain unanswered.

Lebanon’s Hezbollah, Yemen’s Ansarullah, Pakistan’s Shiite Assembly and tens of Sunni and Shiite figures, groups and movements across the world have rushed to condemn the Saudi regime, all underlining that Riyadh has poured oil to the flames of sectarian strife.

In Palestine, the Popular Front for the Liberation of Palestine (PFLP) in a statement condemned the killing of the prominent Muslim cleric, and said, “The execution of Sheikh Nimr al-Nimr shows that Saudi Arabia insists on pouring oil to the flames of sectarian sedition.”

Molawi Abdolhamid Ismailzehi, the Friday prayers leader of Iran’s Southeastern city of Zahedan, expressed deep regret over Sheikh Nimr’s execution, and said under the conditions that the Muslim world needs unity, the Saudi officials should have refrained from his killing.

Also, representative of Iran’s Sunni-populated Southeastern province of Sistan and Balouchestan at the Assembly of Experts, Molawi Nazir Ahmad Salami, condemned Sheikh Nimr’s execution, and said, “There is no difference between the Shiites and Sunnis and any person who is opposed to tyranny and brutality should show reaction and deplore the Saudi measure.”

Also, Chairman of the Sunni Lawmakers’ Fraction at the Iranian parliament Abed Fattahi deplored the execution of Sheikh Nimr by Riyadh, and said the bells have now started ringing for the collapse of the Saudi regime.

He also said that Saudi Arabia’s support for the terrorists, the mismanagement of Mina incident, execution of Sheikh Nimr and several other crimes by Riyadh, “closed the door of negotiations with the political structure of Saudi Arabia”.

Their remarks came after the Iranian seminaries held a protest rally in front of the Saudi embassy in Tehran on Saturday, and condemned execution of the Shiite cleric by chanting “death to al-Saud” slogans.

The Iranian foreign ministry also strongly deplored Riyadh for killing the prominent cleric, and said the move proved the Saudi officials’ “imprudence and irresponsibility”, underlining that the Saudi regime will pay a heavy price for this crime.

“While the extremist and Takfiri terrorists have deprived the regional and world nations of security and tranquility and threaten certain regional governments’ stability and existence, execution of a figure like Sheikh Nimr who didn’t have any instrument but words to pursue his political and religious goals merely shows the depth of imprudence and irresponsibility,” Jaber Ansari said on Saturday.

Saudi Arabia executed 47 people on Saturday for terrorism, including Sheikh Nimr, the country’s Interior Ministry said in a statement. Most of those executed were said to be involved in a series of attacks carried out by Al-Qaeda between 2003 and 2006. 45 of those executed were of Saudi nationality, one Chadian, one Egyptian.

The Interior Ministry statement announcing the executions began with verses from the Quran, justifying the use of the death penalty, while state television showed footage of the aftermath of Al-Qaeda attacks over the last decade. Shortly afterward, Saudi Grand Mufti Sheikh Abdulaziz Al al-Sheikh appeared on Saudi Arabian television, hailing the executions as just.

Al-Qaeda is the number one enemy of Shiite Muslims, and the Saudi television did not explain how it could link the footage to the execution of a Shiite leader who has been the target of ISIL and Al-Qaeda.

Iranian high-ranking officials had regularly deplored Riyadh for handing down death sentence to prominent Shiite cleric, warning that execution of the Sheikh Nimr would incur a heavy price in Saudi Arabia, and would set the stage for the fall of the Saudi regime.

Heretofore, Al Saud had frequently said that it plans to execute Sheikh soon, but the kingdom delayed it every time. According to an informed source, the new King and his hawkish cabinet members mean to send a message to the Shiite community, dissidents and Iran through the move to show they are ready to pay any price in confrontation with Tehran. Though Iran has repeatedly denied any link with the Shiite dissidents in Saudi Arabia.

During the recent months, people across the world staged protest in support of Sheikh Nimr, calling for immediate release of the leader, warning the Wahhabi authorities against executing prominent Shiite cleric.

Nimr was attacked and arrested in the Qatif region of Eastern Province in July 2012, and has been charged with undermining the kingdom’s security, making anti-government speeches, and defending political prisoners. Nimr has denied the accusations.

In October 2014, a Saudi court sentenced Sheikh Nimr to death, provoking huge condemnations and criticism in the Middle East and the world.

On October 25, Nimr’s family confirmed that the Saudi Supreme Court and the Specialized Appeals Court had endorsed a death sentence issued last year against him for inciting sectarian strife and disobeying King Salman bin Abdulaziz Al Saud. The cleric has denied the charges.

The Shiite cleric’s lawyer, Sadeq al-Jubran, had also said that Nimr could be executed as soon as the Saudi monarch approves his sentence.

Human rights organizations have condemned Saudi Arabia for failing to address the rights situation in the kingdom. They say Saudi Arabia has persistently implemented repressive policies that stifle freedom of expression, association and assembly. 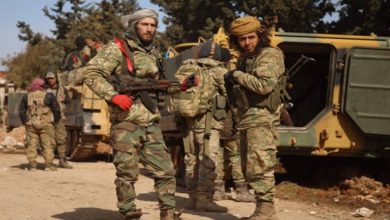 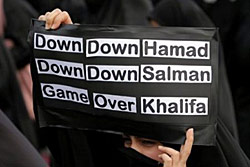 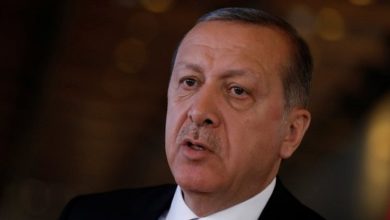 Turkey will not leave Syria until it defeats all terrorist groups: Erdogan 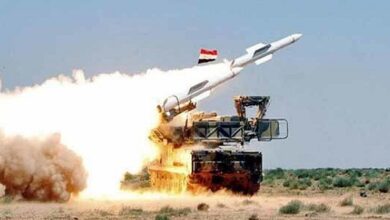