In yet another move to revive Syria’s ties with other countries, the Arab country’s foreign minister Faisal Mekdad has arrived in New Delhi to hold talks with his Indian counterpart Subrahmanyam Jaishankar in order to strengthen bilateral cooperation.

Arriving on Thursday, Mekdad will be in New Delhi for three full days and will fly back on Monday morning.

“Warm welcome to Foreign Minister Faisal Mekdad of Syria on his maiden visit to India. Looking forward to a productive visit,” India’s Ministry of External Affairs spokesperson Arindam Bagchi tweeted along with a picture of Mekdad arriving in India.

During his stay, Mekdad is expected to meet Vice President Jagdeep Dhankhar and hold talks with Jaishankar on Friday.

In an article he wrote in the Hindustan Times on Thursday, Mekdad hailed the strong ties between the two countries. He said since Syrian President Bashar al-Assad’s visit to India in 2008, there has been mutual cooperation between Damascus and New Delhi, and ties on multiple political, economic and cultural levels have been strengthened.

Mekdad praised India’s support for Syria since the beginning of its foreign-backed conflict in 2011 through “respecting Syria’s sovereignty, territorial integrity, and the rejection of foreign interference in the internal affairs of other States.”

There is also no doubt that the trade and economic exchanges were affected by foreign-sponsored terrorism in Syria and the imposition of unilateral US sanctions against its people, he added.

The US has imposed a set of sweeping economic sanctions against Syria in recent years. The much-condemned Caesar Syria Civilian Protection Act, signed into law by former President Donald Trump, targeted individuals and businesses anywhere in the world that operate either directly or indirectly in Syria’s economy.

“However, the strong ties between Syria and India have stood the test of time, and will prove again that the will of people can break all the boundaries,” Mekdad said.

The Syrian foreign minister’s visit to New Delhi takes place a few days before the 19th round of Astana peace talks, designed to find a political solution for the Syrian crisis, kicks off.

The capital of Kazakhstan will host the peace talks known as the Astana talks on November 22-23.

The visit also comes amid stepped-up efforts to restore Syria’s diplomatic ties with other states.

The warming of ties takes place despite the US opposition to the Syrian government, its constant meddling in Syrian internal affairs, its backing of terrorist groups and its imposition of sanctions on Damascus.

In March 2022, Assad made a “historic” visit to the UAE, a strong ally of the US in the Persian Gulf, marking the Syrian president’s first visit to an Arab country since the Syrian war began. Back then, the US criticized the trip, saying it was “profoundly disappointed.”

In mid to late October, a delegation of the Palestinian resistance movement Hamas met with Syrian President Bashar al-Assad in Damascus in the first such visit in more than a decade as the two sides seek to revitalize their ties.

Meanwhile, Damascus has also enjoyed good relations with some countries throughout the crisis, including Oman, which was one of the few Arab states to maintain diplomatic ties with Damascus after the breakout of the Syrian conflict in March 2011, in spite of pressure from the United States and other Persian Gulf allies.

Assad met with visiting Omani Foreign Minister Sayyid Badr al-Busaidi in the capital Damascus on Wednesday. During the meeting, the Syrian president underlined the need for an open and transparent dialog among Arab countries in order to address ongoing conflicts in the Middle East and respond to the challenges faced by their nations.

For his part, Busaidi said that Syria plays a pivotal role in the region and that Oman is keen to continue consultations and close coordination with the country.

On November 1, Pakistan and Syria signed a memorandum of understanding (MoU) on a joint working group to expand bilateral trade and economic ties, the Pakistani commerce ministry said.

Also, the Ambassador of the Republic of Tajikistan Zubaydullo Zubaydzoda met with Mekdad on Tuesday. During the meeting, the two sides discussed expansion of bilateral relations in various fields, and cooperation within the framework of regional and international organizations.

In another recent development, Turkish President Recep Tayyip Erdogan said on Thursday that Turkey could open a new page with Syria following the presidential and parliamentary elections next year.

Erdogan said there was no “eternal antagonism in politics” and that Ankara could renew ties with Damascus when the time is appropriate.

The global and regional restoration of diplomatic ties with Syria marks a shift for Damascus and offers opportunities for it to increase its autonomy and influence.

Syria has warned that the restoration of security and stability in Syria hinges on cessation of foreign interference in its domestic affairs, mainly of the US and the Israeli regime.

Israel frequently targets military positions inside Syria, especially those of Lebanese resistance movement Hezbollah, which has played a key role in helping the Syrian army in its fight against the foreign-backed terrorists and who has been present upon request of the Assad government. The Israeli regime has also been a key supporter of terrorist groups, while American forces have been actively involved in Syria under the guise of fighting the Daesh Takfiri terrorist group since 2014.

World slam US for recognizing Israel’s ‘sovereignty’ over Golan 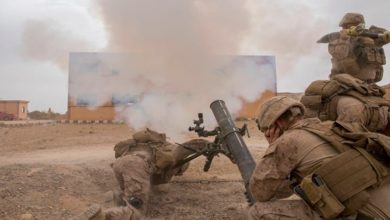 US missile and artillery attack on Deir Ez-Zor, Syria