The US administration is pushing the Omani government to follow Saudi Arabia’s lead and allow Israeli planes to use its airspace in an attempt to secure a normalization of ties between Oman and Israel, which Muscat has been rejecting so far.

Earlier in July, Saudi Arabia gave Israeli airlines permission to use its airspace for eastbound flights to India and China. However, Axios said that if Oman does not follow the Saudi lead, it could pretty much obstruct the flight routes for Israeli airlines; hence, the Saudi move becomes largely meaningless.

The media outlet reported that in 2018, Netanyahu, then Israeli prime minister, visited Oman and got a commitment from then-Sultan Qaboos to allow Israeli airlines to use Omani airspace. Nevertheless, after his demise, the current Omani Sultan Haitham bin Tariq rolled back the decision.

As a result, Israeli airliners have still been forced to fly south through Africa or north through Russia in order to get to the Far East, adding several hours to those flights.

The US and Israeli officials, according to sources, said that since July, the Biden administration has been trying to convince the Omanis to open the airspace to Israeli planes, but no breakthrough has been made so far.

Sources also claimed that “the Omanis had several bilateral issues and requests from the US that they wanted to get in return.”

However, al-Busaidi said in an interview in July that his country will not be the third Persian Gulf nation to normalize ties with Israel but also affirmed his country’s support for what he called “achieving a just, comprehensive, and lasting peace on the basis of the two-state solution.”

He said the sultanate seeks to differentiate itself from the United Arab Emirates and Bahrain, and therefore any future advancement in ties would require a separate and direct link between Muscat and al-Quds.

Earlier in late May, Oman’s foreign minister also told the French Le Figaro that Oman will not go for open full-fledged normalization with Israel until the Palestinian issue is settled.

“Oman will not join the [Persian] Gulf countries that have announced the normalization of their relations with the Israeli occupation,” he said, adding that Oman “prefers initiatives that support the Palestinian people.”

Upon signing the Abraham accords, the United Arab Emirates and Bahrain, as well as Saudi Arabia authorized Israeli planes to use their airspace.

The normalization deals, to which Sudan and Morocco later joined, have sparked widespread condemnations from the Palestinians as well as nations and human rights advocates across the globe, especially within the Muslim world. 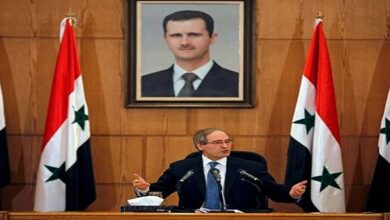 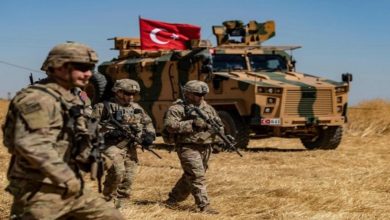 US seeks to occupy Syria permanently thru its proxies in Eastern Euphrates: Russia