Russian President Vladimir Putin has expressed deep concern about the persisting conflict in Nagorno-Karabakh as well as the rising presence of foreign terrorists in the clashes in a phone conversation with his Turkish counterpart.

“Developments in the Nagorno-Karabakh conflict zone were discussed. The Russian side expressed deep concern about the ongoing military action, and the growing involvement of terrorists from the Middle East,” the Kremlin press service said in a Tuesday statement carried by the official TASS news agency, referring to the discussions between President Putin and Turkish President Recep Tayyip Erdogan.

Putin informed Erdogan about “contacts with the leadership of Armenia and Azerbaijan, and measures taken for soonest ceasefire and de-escalation of the crisis” during the conversation, which was initiated by Ankara, the statement said.

It said the two leaders agreed on “further coordination between the diplomatic and defense agencies of Russia and Turkey, and between the two countries’ special services.”

Meanwhile, clashes continue between Azeri and Armenian forces in Nagorno-Karabakh despite three attempts to establish a ceasefire.

The Azerbaijani Defense Ministry accused Armenian forces of shelling the settlements of the Terter region on Wednesday morning, though Armenia has not officially reacted to the allegation.

Karabakh is internationally recognized as part of Azerbaijan but is held by ethnic Armenian separatists backed by Armenia since 1992, when they broke from Azerbaijan in a war that killed some 30,000 people. The ongoing clashes erupted in late September.

According to the Kremlin statement, Putin and Erdogan also discussed “in detail” developments and matters of cooperation in war-ravaged Syria and Libya.

The sides “noted the importance of joint efforts to implement the existing agreements on stabilization in Idlib and the Trans-Euphrates area,” it said.

“The leaders also exchanged opinions about political settlement in Syria, including with the assistance of the Astana process guarantor nations,” the said.

The Astana peace process is an initiative launched by Russia, Turkey, and Iran to help broker peace in Syria.

“Crimes of the Turkish regime will never change the legal situation of Syrian territories it occupies, [and] they [won’t] hurt Syria’s sovereignty or its legal rights,” he said.

Additionally, the Turkish and Russian presidents “touched upon the Libyan issue, including prospects for further normalization of the situation and for stepping up intra-Libyan reconciliation talks,” the Kremlin statement said.

Also on Tuesday, United Nations (UN) acting Libya envoy expressed her optimism that the upcoming political talks between the warring parties in the North African nation will set a date for national elections after they agreed last week to a new truce.

Libya has since 2014 been divided between factions based in the capital, Tripoli, in the west, and in the city of Tobruk in the east.

Last week in Geneva, the Tripoli-based government agreed to the truce with the eastern-based rebel faction.

Earlier ceasefires have collapsed and previous attempts to reach consensus on a wider political settlement have failed. Both sides are sponsored by foreign states that have violated a UN arms embargo on Libya. 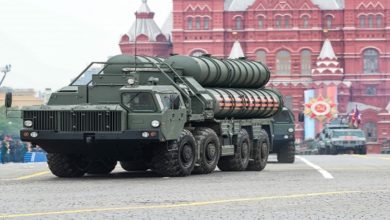 West sends huge aid to ISIL in Syria, helping it bolster its rule 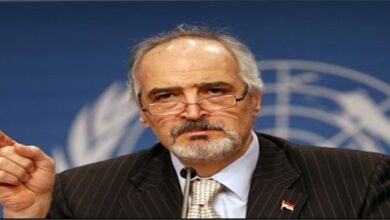 Damascus: Terror organizations get US cover for attacks in Syria