Thousands of Syrian citizens have attempted to escape to Turkey, amid fierce fighting between the Takfiri ISIL militants and Kurdish forces.

Their departures came on Thursday as the terrorists took control of 21 Kurdish villages within 24 hours in northern Syria near the Turkish border, forcing around 3,000 people to leave their homes.

However, the refugees were not permitted to enter Turkey and were kept at the border by the Turkish army. Clashes erupted between Turkish soldiers and Kurdish citizens living on the Turkish side who had come to try to help their relatives across the border.

“The people on the other side are our cousins, aunts, etc. They are running away from war and they came here to seek shelter. Until now, nobody came here to let them in. We demand that our relatives be let in here. After all, there is a war going on there,” said a Kurdish citizen living in Turkey.

Turkish officials have asked the refugees to return to the northern Kurdish region of Kobani, which is 15 kilometers (9 miles) away from the border with Turkey.

Reports said that the ISIL terror group has gained the upper hand in Kobani.

Syria has been gripped by deadly violence since 2011, with ISIL Takfiris currently controlling parts of it mostly in the east.

The Western powers and their regional allies – especially Qatar, Saudi Arabia and Turkey – are reportedly supporting the militants operating inside Syria.

More than 191,000 people have been killed in the over three years of militancy in Syria, says the Office of the UN High Commissioner for Human Rights (OHCHR), calling the figure a probable “underestimate of the real total number of people killed.” 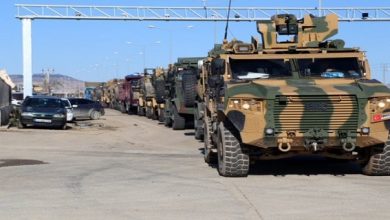