Syrian President Bashar al-Assad has said that American troops occupying Syria will face “military resistance” that will force them to leave the country.

“The American presence in Syria will generate a military resistance which will exact losses among the Americans, and consequently force them to leave,” said Assad in an interview with Russia’s Rossiya-24 TV channel broadcast on Friday.

Making reference to Washington’s prolonged and widely seen as failed military campaigns in Iraq and Afghanistan, Assad said the US occupation in Syria will face the same fate. “Syria will not be an exception,” he said.

“Of course, we are not contemplating a Russian-American confrontation, this is self-evident, and it doesn’t serve neither our interests, nor the Russians nor international stability,” he added.

The Syrian president added that Russian presence in Syria, unlike Washington’s illegitimate occupation of Syria, served as a balance against terrorist forces in the country.

Earlier this week, US Army Chief of Staff General Mark Milley said that around 600 troops may be deployed in Syria “for a significant amount of time” to allegedly fight the Daesh terrorist group.

The decision comes after US President Donald Trump backtracked on earlier orders to withdraw all troops from northeastern Syria last month.
The president has said the troop presence is needed to “secure” oilfields in the region, hinting that the US could also appropriate resources as “reimbursement” for Washington’s military deployment.

Observers say American military presence in Syria has other “murky goals”.
Analysts speaking to American news publication Foreign Policy have hinted that the deployments may be seeking deprive the Syrian government of its much needed fuel and agriculture resources and weaken the country amid Western sanctions.

‘US propped up Kurds to gain foothold in region’

During the televised interview on Friday, Assad said the US had propped up Kurdish forces in northeastern Syria in order to create strife and gain a foothold in the region.

“I have always said that an occupier cannot occupy a piece of land without having agents in that country, because it would be difficult for them to live in a completely hostile environment,” Assad said.

The Syrian president explained that the US-backed expansion of Kurdish forces in northeastern Syria, despite being home to a majority 70 percent Arab population, has provided the Turkish government an excuse to invade the country.

Kurdish forces “need to withdraw because they provided the Turks with the pretext to implement their plan, which they have been dreaming of since the beginning of the war” in Syria eight years ago, Assad said
Turkey launched a military assault in northeastern Syria on October 9 after Washington effectively granted Ankara a green light to carry out its long-planned operation by announcing that it was withdrawing its troops from the region a few days earlier.

Fighting between the two was brought largely to a halt late last month after Moscow and Ankara reached an agreement to implement a “safe zone,” an area void of Kurdish forces, to be drawn 30 kilometers deep into Syria from the Turkish border.

Kurdish forces announced their withdrawal from the designated area shortly after.

In his Friday interview, Assad also criticized Kurdish groups seeking to set up an autonomous region inside Syria.

“We shall never accept any separatist propositions under any circumstances,” he said.

Turkey has ‘Plans’ for Joint US Operation against ISIL 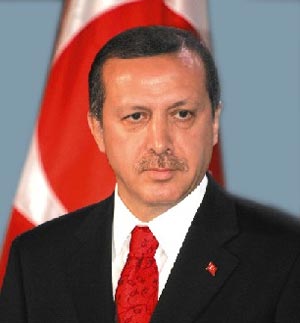