The Lebanese army has captured a notorious Syrian fugitive linked to an al-Qaeda-linked terrorist group while he was attempting to flee from the border town of Arsal in the Bekaa Valley.

A Lebanese security agent was also taken in along with the terrorist on suspicion of attempting to help him escape. The security agent, however, was later released.

More than 40 militants mostly from the terrorist al-Nusra Front have recently been detained at Lebanese army checkpoints while in possession of false identification documents.

Locals have been calling for the Lebanese forces to enter Arsal to halt the infiltration of militants from the town into Bekaa.

“The entrance of the army is an important first step, but there should also be cooperation by the people of Arsal,” said Ramez Amhaz, mayor of the town of Labwa.

Hundreds of foreign-sponsored militants have reportedly infiltrated into the Lebanese territory following defeat in the battle against the Syrian army in the Lebanon-Syria border region.

A group of wounded militants have reportedly received treatment in Arsal Hospital.

Lebanese lawmakers representing the Bekaa region say the central government in Beirut should take a firmer stance on the issue of militants.

“Most of these militants entering Lebanon are from al-Nusra Front, which has been labeled a terrorist organization even by the states aiding the Syrian rebels,” said Walid Sukkarieh, a Lebanese lawmaker.

“Even the wounded [militants] should be taken in for questioning because they could easily move around and create mayhem in the country.”

Syria has been gripped by deadly violence since 2011. Some sources say over 140,000 people have been killed and millions displaced due to the violence fueled by Western-backed militants. 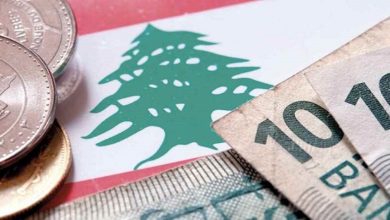