The members of the Lebanese parliament failed for the eighth time in electing a new president for the country on Thursday.

According to the local Lebanese “alahednews” website, the meeting of the Lebanese Parliament today, Thursday, to elect a new president, like the previous seven meetings, did not get anywhere.

The eighth session of the Lebanese parliament was held to elect the president of this country, while the lawmakers failed again to elect a president similar to the previous seven sessions.

According to this report, the results of the Lebanese representatives’ votes for the election of the president of this country are as follows:

The MP Michel Moawad got 37 votes against 52 white ballot papers and 9 votes for Essam Khalifa. The presidential candidate needs to secure the votes of two-thirds of the MPs in the 128-seat parliament in the first round of voting.

Sayyed Nasrallah… Embracing a Nation, Taking Care of a State 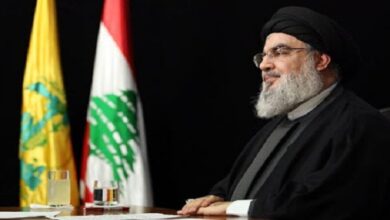