Member of Hezbollah Central Council Sheikh Nabil Qawook indicated that those who approached the presidential elections in accordance with a confrontational framework are responsible for the presidential void.

Addressing Hezbollah ceremony held in Sawanah town, Southern Lebanon, to honor Sayyed Abdul Latif Al-Amin on the 38th anniversary of his martyrdom, Sheikh Qawook pointed out that the first six parliamentary sessions aimed at electing a new president confirmed that none of the parties can enable its candidate to win the vote without consensus.

Sheikh Qawook wants a consensual president who save the nation, sustains unity, and abstains from conspiring against the Resistance and stirring sedition.

His eminence noted that the Saudi regime is instigating some Lebanese parties in order to frustrate all the attempts to elect a consensual president, recalling KSA’s detrimental interventions in Lebanon’s politics.

Finally, Sheikh Qawook affirmed that the Resistance keep developing its military capabilities in order to defend the nation despite all the political circumstances. 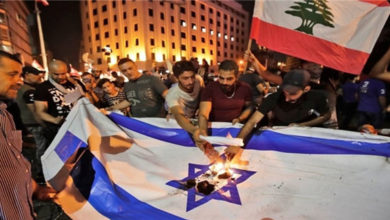 Message from Lebanon and Iraq to US bloc 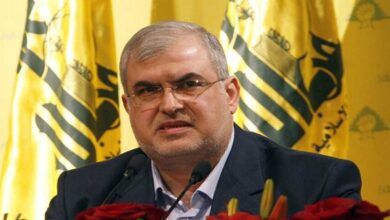