On the painful anniversary of Ehden massacre which claimed the former minister and lawmaker Tony Sleiman Frangieh, his wife and daughter as well as a large number of supporters, Hezbollah issued Monday a statement that the heinous crime is the most horrific representation of the civil war which stormed Lebanon during the past era.

The causes, effects and lessons of the civil war have not been studied and utilized by the Lebanese yet, according to Hezbollah statement which regretted that some Lebanese parties are still fettered by the civil war and engage in stirring sedition to strike the internal security and stability.

The statement added, “The criminals wanted to strike an ancient patriotic house, whose fate was linked to Lebanon’s unity as well as true and authentic Arabism, and to prepare the Lebanese arena to serve the Israeli enemy as well as its aggressive projects.”

Hezbollah renewed its condolences to Minister Suleiman Franjieh, “who is entrusted with the patriotic and pan-Arab political path of this honorable family”, and his movement, “which believes in the resistance in face of the Zionist enemy as well as its ambitions in our country”.

Finally, Hezbollah stressed that this heinous crime will not be forgotten by the oppressed and all the Lebanese in general, underscoring the punishment of the known perpetrators “who will not be granted a political amnesty or a legal leniency. 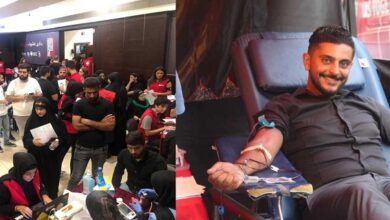