Commenting on the results of the Lebanese parliamentary elections during his televised speech on Wednesday, Hezbollah Secretary General Sayyed Hasan Nasrallah indicated that the relation between the number of seats every parliamentary bloc wins and the popular representation it reflects, stressing that, in Lebanon, they are not proportional.

In other words, Sayyed Nasrallah said that, in some cases, a big parliamentary bloc may reflect a smaller popular representation than a small bloc due to the distribution of electoral districts on a sectarian basis.

In this regard, Hezbollah and Amal Movement alliance secured around 580 thousand out of almost 2 million votes across Lebanon. This popular support to the alliance reflects commitment to the resistance path.

It is worth noting that Hezbollah candidates gained 367827 votes while, Al-Kataeb, Lebanese Forces, Progressive Communist Party and NGOs candidates altogether secured only 345862 votes.

These figures refute the anti-Hezbollah propaganda which claims that the popular support to the Resistance has decreased.

On May 15, Lebanon witnessed a parliamentary elections which synchronized with an unprecedented crisis caused by the US-backed siege and corruption. Despite the US scheme, the Resistance alliance managed to emerge victorious. Hezbollah and Amal Movement swept all the Shiite seats in the parliament. 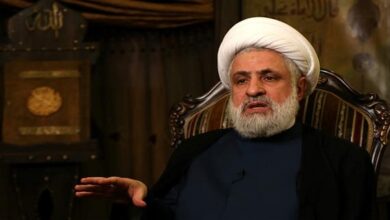