Deputy Secretary General of Lebanese Hezbollah Movement Sheikh Naim Qassem said the missiles with pinpoint accuracy, whose technology has been provided to Hezbollah by Iran, are the “real deterrent factor” in confrontation with Israel.

“They (Israelis) are well aware that Hezbollah is in possession of missiles with pinpoint accuracy, and thanks to the equipment Hezbollah acquired, and with the Islamic Republic’s support and Hezbollah’s readiness for any future war, this war will be much tougher for the Israelis,” Sheikh Qassem said in an exclusive interview with the Tasnim News Agency.
The Lebanese figure then lauded Iran for its “fundamental and pivotal” role in boosting Hezbollah’s missile capabilities, either by giving the movement the necessary items or providing the technical know-how to make the missiles.
“Iran has also given Hezbollah various training in the creation of some structures of missiles,” he said.
“When we are talking about the missile capability, it does not mean that only a number of Iranian missiles are delivered to the resistance (movement), but such capability includes the entire necessary items for missiles,” Sheikh Qassem added.
He noted that Iran not only has shipped missiles to Lebanon, but also trained the Hezbollah forces to prepare and launch the projectiles and has trained experts as well.
Hezbollah deputy leader said such missile capability has changed the equations in the fight against Israel and has given Hezbollah an upper-hand.
“Such issue (missiles) is a trump card in the equation of war between the resistance forces and the Israeli enemy, because a war broke out for the first time inside the occupied (Palestinian) territories, because of the missiles that can reach Israel.”
Sheikh Qassem further dismissed as “unreasonable and quite wrong” any claim that Iran’s missile power might pose a threat to the regional Arab states, stressing that it serves the interests of region and contributes to the regional security.
“Such missile capability (of Iran) is firstly to support Iran’s government and Revolution, and secondly, to serve the resistance (front) in the face of the Israeli enemy and serves the regional governments as well.”
Over the past decade, Iran has turned Hezbollah into a powerful military force with weapons capabilities unmatched by any other non-state actor. In May, a top Israeli army general said Hezbollah’s arsenal “would not shame any army in the world”, as the Christian Science Monitor reported.
Two weeks ago, a senior officer in Iran’s Islamic Revolutionary Guard Corps (IRGC) said that Iran had provided Hezbollah with its indigenously produced Fateh A-110 short-range ballistic missiles.
“Considering the range of their [Hezbollah’s] missiles, they are able now to attack targets from southern to northern parts of the occupied territories, ” said Brigadier General Sayed Majid Moussavi, the IRGC’s air defense commander, according to a report by the Iranian Fars news agency.
The specific missile system to which Moussavi and Hezbollah’s Qassem referred is likely to be the 4th-generation version of the Fateh which has a range in excess of 186 miles and can carry a 1,430 pound warhead.
According to the Christian Science Monitor, Armed with that missile, Hezbollah could launch it from its camouflaged bases in southern Lebanon and hit Israel’s nuclear reactor at Dimona in southern Israel, 140 miles south of the border with Lebanon, achieving a degree of reciprocity for any possible Israeli air strike against Iran’s nuclear facilities.

Lebanon’s Hezbollah lashes out at Israel over killing resistance members 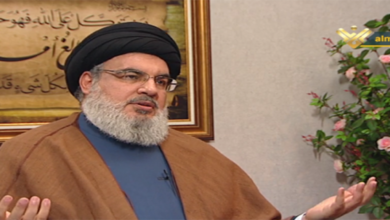 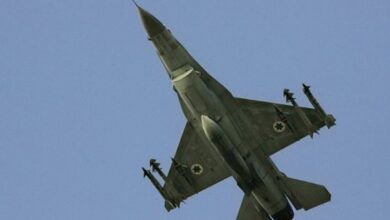