Head of Loyalty to Resistance bloc, Hajj Mohammad Raad, held a phone call with the Lebanese army commander-in-chief, General Joseph Aoun, highly appreciating on behalf of Hezbollah and the rest of the bloc’s members the army’s command keenness on chasing the takfiri terrorists whose remnants ares still threatening the lives of the Lebanese and the stability of their country.

MP Raad also offered condolences on the martyrdom of four soldiers to General Aoun and the families of the martyrs, highlighting teh solidarity of all the Lebanese with them against the terrorists and the threat posed by their remnants.

Four Lebanese servicemen were martyred during a counter-terrorism operation in the suburbs of the northern city of Tripoli, the Lebanese Army hard announced.

In a communique, the Army said that military intelligence servicemen were attacked when they were conducting a raid to detain Khaled Al-Tillawi in Jabal Beddawi , the commander of an ISIL cell engaged in Kaftoun crime which took place back in August.

It is worth noting that the Lebanese army units managed later to kill Al-Tillawi and arrest Abdul Razzak Walid Al-Riz and continued chasing the last member of the terrorist cell hiding in the bushy outskirts of the area. 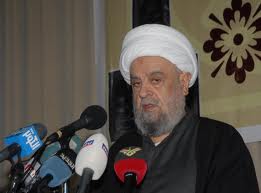