U.N. human rights chief Michelle Bachelet said on Monday that 55,000 captured ISIS fighters, including foreigners, and their families detained in Syria and Iraq should face fair prosecution or be freed, Reuters reported.

States “must assume responsibility for their nationals” and should not inflict statelessness on fighters’ children who have already suffered so much, Bachelet also told the U.N. Human Rights Council as it opened a three-week session in Geneva.

The 55,000 include alleged foreign fighters from nearly 50 countries and 11,000 family members held at the al-Hol camp in northeastern Syria “in deeply sub-standard conditions”, she said.

Authorities in northeast Syria have been urging Western countries to take back citizens who joined Islamic State and their relatives after the U.S.-backed Syrian Democratic Forces (SDF) captured the group’s last enclave this year.

“Foreign family members should be repatriated unless they are to be prosecuted for crimes in accordance with international standards. Children, in particular, have suffered grievous violations of their rights – including those who may have been indoctrinated or recruited by ISIL to perpetrate violent acts,” Bachelet said.

Iraqi army repels ISIL attack on base in Anbar 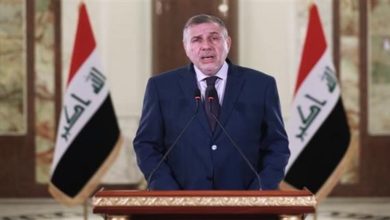