Nearly a dozen fighters from the Iraqi pro-government Popular Mobilization Units (PMU) have lost their lives and several others sustained injuries when a massive bomb explosion struck their convoy in Iraq’s north-central province of Salahuddin.

Captain Hussam al-Jubouri from Samarra’s Operations Command said the convoy of the volunteer forces – better known by the Arabic name Hashd al-Sha’abi – was heading to launch a search campaign in al-Jazira area near the city of Samarra, located 125 kilometers north of the capital Baghdad, when two roadside bombs struck it.
Jubouri added that eight Hashd al-Sha’abi fighters, including a commander identified as Hussein Attia, were killed while seven others were wounded in the bomb attack.
The development came only a day after Hashd al-Sha’abi forces released 30 civilians, who had been besieged by Daesh Takfiri terrorists in a mountainous area in the same Iraqi province.
In November 2016, the Iraqi parliament voted to integrate Hashd al-Sha’abi, which was formed shortly after the emergence of Daesh, into the military.
Iraqi Prime Minister Adel Abdul-Mahdi stressed on November 5 last year that efforts were underway to find financial sources to support Hashd al-Sha’abi forces.
“Maintaining Hashd al-Sha’abi is one of our most important duties, and I strongly support its presence. There are those who are trying to say that Hashd al-Sha’abi is temporary, but I emphasize that such a force is a necessity,” Abdul-Mahdi said.
“Even though it is not long since the government has been formed, I will do my utmost to grant Hashd al-Sha’abi full rights,” the Iraqi prime minister pointed out.
Daesh began a terror campaign in Iraq in 2014, overrunning vast swathes in lightning attacks.
Former Iraqi prime minister Haider al-Abadi declared the end of military operations against Daesh in the country on December 9, 2017.
On July 10 that year, he had formally declared victory over Daesh in Mosul, which served as the terrorists’ main urban stronghold in Iraq.
In the run-up to Mosul’s liberation, Iraqi army soldiers and Hashd al-Sha’abi fighters had made sweeping gains against Daesh.
Iraqi forces took control of eastern Mosul in January 2017 after 100 days of fighting, and launched the battle in the west on February 19 last year. 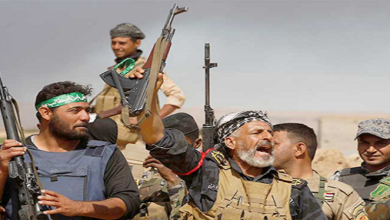 At Least 20 Killed in Three Terrorist Suicide Bombings in Iraq