Iraqi Foreign Minister Muhammad Ali al-Hakim said his country was not going to attend an anti-Iran conference that Washington will co-host with Poland in Warsaw next month.

Hakim said Baghdad had not received an invitation from the US to attend the meeting, “but it will certainly turn it down if it gets one.”
“We will not take part in such meetings, because we believe they are not in the interests of Iraq and the region,” he said.
This puts Iraq next to Russia and the European Union on a growing list of countries that are boycotting the planned event, which Iranian Foreign Minister Mohammad Javad Zarif has denounced as a “desperate anti-Iran circus.” 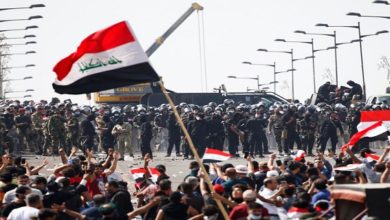 Saudi members of ISIS terrorists arrested in Iraq up to 50

Hashd al-Sha’abi is honor for Iraq, I am proud to wearing this uniform: Iraqi PM