On Monday the Iraqi parliament also called for a manual recount of 10 percent of the general votes over fraud allegations.

The parliament also called for members of the country’s election commission to resign.

On Friday, Iraqi Prime Minister Haider al-Abadi ordered the creation of a high-powered commission to look into the alleged irregularities in the parliamentary elections.

An official statement said a recent cabinet meeting chaired by the premier had named the Iraqi anti-graft chief as the head of the commission.

The statement further suggested that hackers may have manipulated the election results.

There have been complaints about irregularities at some polling stations linked to a new electronic voting system in Iraq.

Iraq’s parliamentary elections were held on May 12.

Negotiations are underway between Iraqi parties to form the new government.

Over 7,000 candidates contested the 329 seats in the parliament that will choose a new president, prime minister and government in Iraq.

This is the fourth such polls since the 2003 US invasion that led to a sharp rise in sectarian tensions and ensuing terror-related violence in the Arab country.

The next prime minster will face the huge task of rebuilding a country shattered by the war against Daesh and the US invasion.

Daesh unleashed a campaign of death and destruction in Iraq in 2014, overrunning vast swathes in lightning attacks. Iraqi army soldiers and allied fighters then launched operations to eliminate the terrorist group and retake lost territory. 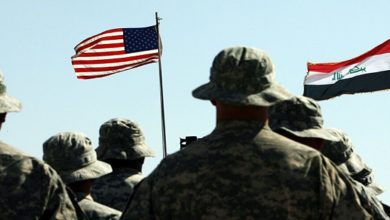