Iraqi forensic specialists have found a mass grave containing the remains of about 160 victims of a June 2014 massacre by Daesh Takfiri terrorists at an air force camp in the country’s north-central province of Salahuddin.

Zaid Ali, head of the forensic office, said a joint team from his bureau and the Martyrs Foundation found 158 bodies inside the palace compound of former dictator Saddam Hussein in Tikrit, located 140 kilometers northwest of the capital Baghdad, on Monday.

He noted that DNA tests were being conducted on the corpses in order to identify them.

On June 12, 2014, Daesh terrorists killed around 1,700 Iraqi air force cadets after kidnapping them from Camp Speicher, a former US base. There were reportedly around 4,000 unarmed cadets in the camp when it came under attack by Daesh militants.

Following the abductions, the attackers took the victims to the complex of presidential palaces and killed them. The terrorists also threw some of the bodies into a river.

The massacre was filmed by Daesh and broadcast on social media.

On August 21, 2016, Iraqi judiciary officials hanged 36 men convicted of involvement in the carnage.

Tikrit was recaptured from Daesh in March 2015. During clean-up operations in the northern part of the city, Iraqi forces found the location of the 2014 carnage.

Meanwhile, Iraqi security forces have launched an ambush in the country’s vast western province of Anbar, killing dozens of remnants of the Daesh terror outfit.

A military source, speaking on condition of anonymity, told Arabic-language al-Ikhbariyah news agency that government troops were tipped that a group of Daesh Takfiris were trying to infiltrate into Iraqi soil from neighboring Syria in order to carry out terrorists attacks.

Security forces then mounted a surprise attack on a road in al-Rutbah town, which lies about 390 kilometers (240 miles) west of Baghdad, killing 65 extremists.

The source added that there were foreign national among the slain militants.

“Our forces are in complete control of the Iraqi-Syrian border and I therefore announce the end of the war against Daesh,” Abadi told a conference in Baghdad at the time. 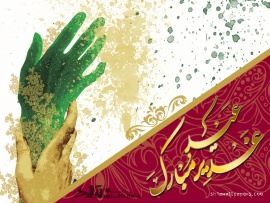 Iraq still suffering from US meddling and proxies infiltration

There is a time frame to liberate Nineveh province from Daesh: PM Abadi