Karbala, Iraq (SN) Â A magnificent festival to mark Eid Al-Ghadir Al-Agharr also called as ‘Eid of Wilayahâ€™ was organized in the area that lays between the two holy shrines i.e Al-Imam Al-Hussein (A) and Al-Abbas (A) in the holy city of Karbala.

Religious and political figures as well as a number of poets from Bahrain, Saudi Arabia and Iran besides Iraq attended the special ceremony.

Special Aâ€™maal of the day were also performed at the holy shrine.

They had converged on Najaf the day before — many of them travelling to the holy city on foot, for Ghadir.

Thousands of women, dressed from head to toe in the billowing black folds of the abaya handed out sweets, cakes and candies and wailed for joy on the streets.

Thousands of young men walked around the magnificent Imam Ali (peace be upon him) mausoleum which was decorated with lights, balloons and multicoloured buntings marking the auspicious occasion.

“Imam Ali, we come to swear allegiance to you,” chanted worshippers.

Festive gatherings were also held at the holy shrines, husseiniyaat, mosques, marajay offices and schools attended by thousands of devotees. 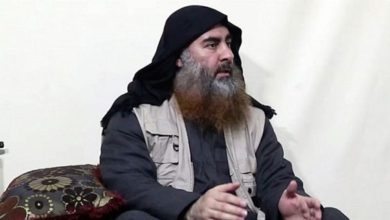