President Tayyip Erdogan has said Turkey had begun operations in Iraq’s Sinjar region, an area where it has threatened a military incursion, two days after sources said Kurdish PKK militants would withdraw from the area.

“We said we would go into Sinjar. Now operations have begun there. The fight is internal and external,” Erdogan told a crowd in the Black Sea province of Trabzon on Sunday, without elaborating on what operations he was referring to.

Iraq’s Joint Operations Command denied that any foreign forces had crossed the border into Iraq. “The operations command confirmed that the situation in Nineveh, Sinjar and the border areas was under the control of Iraqi security forces and there is no reason for troops to cross the Iraqi border into those areas,” it said in a statement.

Sources in Sinjar said there was no unusual military activity in the area on Sunday.

Turkey last week said militants of the Kurdistan Workers Party (PKK) had created a new base in Sinjar. It also threatened to attack them

Sources in northern Iraq said on Friday the PKK would withdraw from Sinjar, where it gained a foothold in 2014 after coming to the aid of the Izadi minority community, who were under attack by Daesh Takfiri terrorists.

Earlier in March, Turkish Foreign Minister Mevlut Cavusoglu said Ankara and Baghdad plan to carry out a joint military operation against PKK members in the northern parts of Iraq.

The PKK, viewed as a terrorist organization by Turkey, reportedly has camps in the Qandil Mountains in northern Iraq, from which it purportedly carries out attacks into Turkey.

Meanwhile, Turkey has vowed to further expand its military operations against Kurdish militants of the People’s Protection Units (YPG) in Syria’s northwestern Afrin region to the eastern parts of the country, including the Syrian city of Manbij, as well as Ayn al-Arab or Kobani, and towns along the border to the east of the Euphrates River.

Ankara views the YPG as the Syrian branch of the PKK militant group that has been fighting for an autonomous region inside Turkey since 1984.

Tal Rifaat Ankara’s next target after capture of Afrin

Erdogan also said the northern Syrian town of Tal Rifaat would be the next target of Ankara’s cross-border campaign after the capture of Afrin from Syrian Kurdish militia.

“God willing, we will ensure this operation achieves its goal after taking control of Tal Rifaat in a short period of time,” Erdogan said.

The Turkish military said on Saturday that it has established full control over Syria’s Afrin town after more than two months of battles with the US-backed militants controlling Syria’s northern border regions.“All villages have been cleared from terrorists. Afrin is under full control [of Turkish Armed Forces],” the General Staff of the Turkish Armed Forces was quoted as saying by the NTV broadcaster.

Turkey began the operation on January 20 to cleanse the northern Syrian border of the Kurdish YPG militants, whom it associates with the homegrown Kurdistan Workers’ Party (PKK) fighting for autonomy on Turkish soil.

The Turkish military says it has exercised “utmost care” not to harm civilians. The so-called Syrian Observatory for Human Rights (SOHR), a UK-based monitor, however, said earlier in the week that more than 280 civilians have been killed since the onset of the operation. Damascus views the operation as an act of aggression and has called for the immediate withdrawal of the Turkish forces.

Erdogan has repeatedly suggested that the Turkish campaign in Syria could now extend up to Qamishli — the most easterly Syrian town held by the YPG before the Iraqi border. 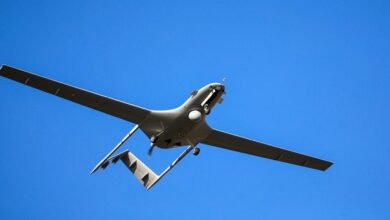 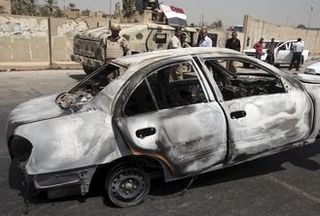 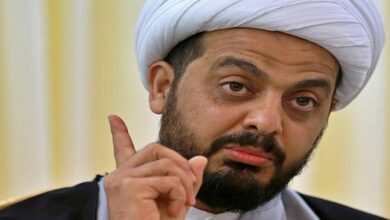