Iraqi military forces, backed by local tribes, started a major military operation in the western province of Anbar on Wednesday to cleanse the desert areas in the province of the remnants of the Daesh (ISIL) terrorist group.

In the military operation in Anbar province on Wednesday, the Iraqi troops destroyed four armored vehicles of Daesh and seized three others, according to Iraqi News.

According to the commander, four Daesh camps were completely destroyed in the operation.

In mid-November 2017, Iraqi forces captured the border town of Rawa, the last remaining town under Daesh control, marking the collapse of the terror group’s self-proclaimed caliphate in Iraq.

Since then, Iraqi military units and popular forces have been hunting for the armed terrorists in different parts of the country. 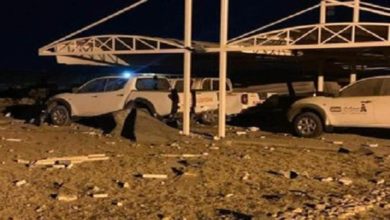 Iraqi airport under construction in Karbala damaged in US strikes (PHOTOS)