Iraq is holding up to 50 Saudi members of the ISIS terrorist group arrested during the latest battles between security forces and the militant group.

London-based The New Arab quoted, Mansour al-Baiji, a parliament member close to Prime Minister Haider al-Abadi saying that more than 50 Saudis belonging to IS were arrested. He said “the issue of those detainees is purely judicial and is not open to any negotiations because they are involved in crimes against Iraqis”.

Another official from the Interior Ministry told the newspaper that the number of foreign militants arrested during battles in the north and west has risen to more than 400 from Arab, European and Asian nationalities. He added that Saudi detainees come on top, numbering 51. 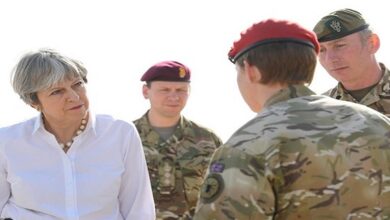 British Forces Pull out of Iraq’s Taji Base