Iraqi armed forces have liberated Rawa, the last remaining town under the grip of the Daesh terror group, hours after they launched the offensive.

Lieutenant General Abdul Ameer Rasheed Yarallah said in a statement from the Joint Operations Command on Friday that Iraqi forces “liberated Rawa entirely, and raised the Iraqi flag over its buildings.”

The force striking Rawa near the border with Syria comprised government troops and paramilitary units.

“With the liberation of Rawa, we can say all the areas in which Daesh is present have been liberated,” Reuters quoted a military spokesman as saying.

The announcement came hours after the Iraqi Defense Ministry said in a statement that military units and local tribal fighters entered the western neighborhoods of Rawa on the Euphrates River in the western province of Anbar.

The recapture marks the end of Daesh’s territorial rule in Iraq.

The terror group stormed Iraq in 2014, seizing around a third of it in exceptionally-brutal attacks. The conquests included the country’s second-largest city of Mosul, which it boldly named as its so-called headquarters there.

Iraq then enlisted the help of Shia-dominated paramilitary volunteer fighters, making strides against the group, and liberating Mosul back in July.

The Syrian army also declared victory over Daesh earlier this month after retaking the border town of Bukamal on the border with Iraq. 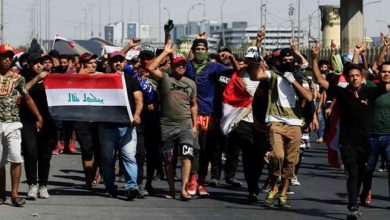 Iraqi Forces Push into Tikrit From North and South