Iraq has begun an operation to liberate the northern city of Tal Afar from Daesh terrorists weeks after driving the terror group out of its last urban stronghold in the country, the Defense Ministry says.

He stressed that the ground offensive to retake Tal Afar, located 70 kilometers west of Mosul, will start following the completion of those strikes.

Following the start of the offensive, a local source said that six large explosions rocked several areas in Tal Afar. One of the blasts reportedly hit a workshop used to manufacture explosives in the west of the city.

There were no immediate reports of casualties and the extent of damage inflicted on the terrorists.

A high-ranking official of the Iraqi Popular Mobilization Units (PMU), commonly known by the Arabic name Hashd al-Sha’abi, said on Monday that the pro-government fighters will actively participate alongside other security forces in the operation to liberate the Tal Afar.

Speaking at a youth meeting on July 29, Prime Minister Haider al-Abadi also said Hashd al-Sha’abi fighters would take part in the offensive to win back Tal Afar.
He said the army and security commanders had devised a plan to dislodge Daesh from Tal Afar, which required the participation of security personnel as well as Hashd al-Sha’abi and tribal fighters.

In late June, Commander of Nineveh Liberation Operations Major General Najim Abdullah al-Jubouri said there are between 1,500 and 2,000 Daesh militants holed up in Tal Afar, and predicted a relatively easy victory for government forces in the operation saying the terrorists were “worn out and demoralized. 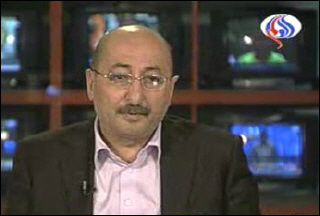