“Iraq has achieved a decisive victory over terrorism, but we hope in the next few days to achieve a complete liberation of Mosul,” Masum made the remarks while addressing the World Economic Forum’s regional gathering held in Jordan on Saturday.

He further called on global investors to help rebuild the city, which was overrun by Daesh in 2014.

On Friday, Masum noted that the scope of destruction in the city was “horrendous.”

He added “Iraq is stronger in its unity” and that it “will be an important country after getting rid” of the Takfiri terrorists.

Meanwhile, Iraq’s special forces have declared that their initial mission in Mosul has been completed after they liberated several regions in the city.

Special forces spokesman Sabah al-Numan said that his troops are ready “to support any other forces if we are ordered to by the prime minister.”

Earlier, the Commander of the Iraqi Federal Police Forces Lieutenant General Raed Shaker Jawdat announced that his forces had fully recaptured the 17th July and Eqtesadieen neighborhoods of Mosul, and set up barricades and barriers in the liberated areas.

He added that 66 Daesh terrorists had been killed while 13 explosive-laden cars and nine motorcycle bombs had been destroyed during the operations. 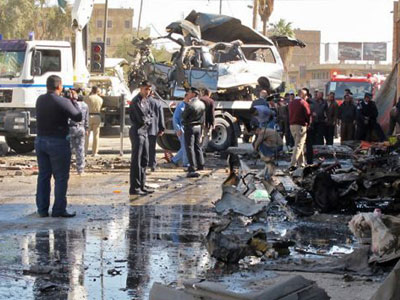