The battle to dislodge Daesh (also known as ISIL or ISIS) from the Old City of Mosul, where hundreds of thousands of Iraqi civilians are trapped, could turn into the worst humanitarian catastrophe in the war against the militants, the United Nations warned on Tuesday.

About 400,000 civilians, or a quarter of Mosul’s pre-war population, are trapped in the Old City, according to UN estimates. As many as half a million are estimated to remain overall in neighborhoods still under ISIL control in western Mosul.

“If there is a siege and hundreds of thousands of people don’t have water and don’t have food, they will be at enormous risk,” UN humanitarian coordinator for Iraq Lise Grande told Reuters in a telephone interview.

“We could be facing a humanitarian catastrophe, perhaps the worst in the entire conflict.”

Mosul, the largest city in northern Iraq, was captured by the Daesh fighters in mid-2014. Iraqi government forces have taken back most of it in a US-backed offensive launched in October, including the half that lies east of the Tigris River. 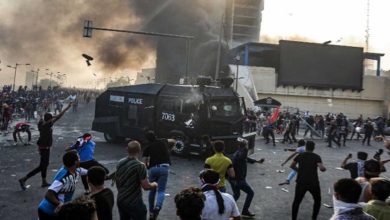