Iraq’s prominent Shia cleric, Muqtada al-Sadr, has slammed the potential relocation of the US embassy from Tel Aviv to Jerusalem al-Quds as a “declaration of war on Islam.”

“Transferring the US embassy to Jerusalem [al-Quds] would be a public and more-explicit-than-ever declaration of war against Islam,” Sadr said in a Tuesday statement.

Touching on US President Donald Trump’s pledges to recognize Jerusalem al-Quds as the capital of the occupied territories, Sadr called for the “formation of a special division to liberate Jerusalem [al-Quds].”

Sadr urged the Cairo-based Arab League as well as the Organization of Islamic Cooperation (OIC) to either take a decisive stand on the issue or be dissolved.

The Shia cleric also called “for the immediate closure of the US embassy in Iraq” if Washington goes ahead with the plan to move its embassy to Jerusalem al-Quds. 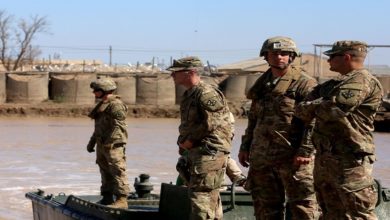 Iraq serious about US troops pullout, negotiations will start next June: Spokesman