al-Anbar – Media officials with the Ministry of Defense announced on Wednesday about four villages- al-Tala, Bostan al-Takrit and Raikan, located at southeast of Fallujah.

The officials said in a press statement, “The [Army’s] Seventeenth Division managed to liberate fur villages- al-Tala, Bostan al-Takrit and Raikan towards southeast of Fallujah and raise the Iraqi flag there.”

Noteworthy, violent clashes erupted between the security forces and ISIS elements in the southern axis of Fallujah, according to information shared by a security source. 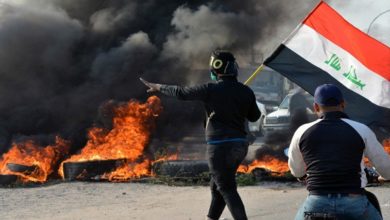 Anti-government protests in Iraq have once again flared up