Several top commanders of the Takfiri Daesh terrorist group have been killed along with a number of other militants an Iraqi aerial attack in the western province of Anbar, media reports say.

In a statement released late on Monday, the Iraqi Joint Special Operations Command said Iraqi bombers hit their gathering in the town of Qaim.

Among those killed was a high-ranking intelligence director who was a close ally to the so-called leader of the terrorist group, Ibrahim al-Samarrai, aka Abu Bakr al-Baghdadi, it said.

The unnamed intelligence director was reportedly responsible for orchestrating a string of terrorist attacks including a recent bomb attack in the strategic city of Hit.

He was an officer in Iraq’s defunct General Directorate of Intelligence under slain dictator Saddam Hussein. He had worked with terrorist Abu Musab al-Zarqawi before pledging allegiance to Baghdadi.

Commander of the militants Tabuk Battalion operating inside both Syria and Iraq also died in the air raid.

Daesh press director in Baghdad and southern Iraqi regions, a fugitive from Camp Bucca prison in southern Iraq, sustained injuries in the attack, and succumbed to his grave wounds later on.

Separately, Kurdish Peshmerga forces have launched an operation against the Daesh terrorists in Kazir region, which lies northeast of the militant-held city of Mosul.

Arif Tayfour, a spokesman for Peshmerga forces, said on Monday that his fellow fighters have killed 140 Daesh members over the past two days and purged more than 130 square kilometers of the area of the terrorists.

Tayfour added that four Peshmerga fighters lost their lives during the cleanup operation.

Moreover, Daesh extremists have abducted 100 young residents of Fallujah, located roughly 69 kilometers (43 miles) west of Baghdad, on trumped-up charges of not growing beard and refusal to join the ranks of the militant outfit in battles against government forces and allied Popular Mobilization Units fighters.

Majid al-Jarisi, a tribal elder from Fallujah, told Arabic-language al-Sumaria satellite television network that the terrorists took away the youths to an unknown location and there is no information about their whereabouts.

In a new report on Tueday, the UN refugee agency said Daesh terrorists have been using civilians in Fallujah as human shields to slow the advance of Iraqi forces.

some 3,700 people have fled Fallujah over the past week since Iraqi forces began their counter-terrorism operations in the Daesh-held city, according to the UN organization.

William Spindler, spokesman for the Office of the UN High Commissioner for Refugees (UNHCR), said the body has received reports of causalities among people in the city center in Fallujah due to heavy shelling.”

“We also have several reports of people being used as human shields by ISIL (Islamic State),” the UNHCR official told a news briefing. 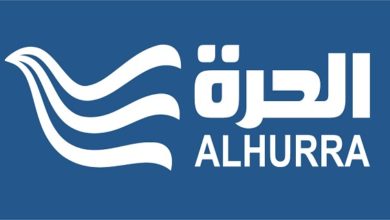