Iraqi forces have recaptured several areas from Deash, including a strategic road that connects the western city of Ramadi to a military base in the capital Baghdad.

The Iraqi army said in a statement on Tuesday that the forces “managed to open the road from Ramadi to Baghdad, which passes through al-Khaldiya” to the army base of Habbaniya.

The army units have also liberated several other militant-held areas, including the town of Husaiba al-Sharqiya, about 10 kilometers east of Ramadi, read the statement.

Ramadi, the provincial capital west of Baghdad, was released in December, almost one year after it fell into the hands of Daesh in 2014.

The city’s liberation marked one of the most significant victories for Iraq’s armed forces since Daesh Takfiris seized swathes of the Iraqi land in June 2014.

The army is now preparing to retake Mosul from the Takfiris. An army official said on Monday that forces are now “arriving at a military base near the Makhmur district to start launching initial military operations toward Mosul.”

Baghdad has said the army would use Ramadi’s liberation as a “launchpad” to free Mosul. Iraqi Prime Minister Haider al-Abadi has also vowed to rid the entire country of Daesh in 2016. 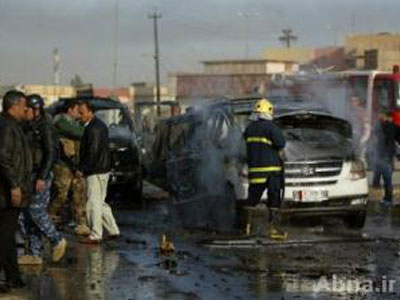