Hujjat-ul-Islam Seyyed Sadr el Din Qabanchi, prayer leader of Najaf in his weekly sermon said world bodies are better to stop their support for DAESH and then claim to fight the terrorist group.

Remembering the first anniversary of the statement by grand Ayatollah Sistani, top Iraqi Shia jurisprudent for fighting, he said, “Popular mobilization is the most beautiful achievement in the contemporary history of Iraq who sacrifices whatever they have without any expectation in return.”

Hujjat-ul-Islam Qabanchi added,” The government should recognize the popular mobilization as an official group and do not take it for a backup group for the case of emergency.”

In another part of his speech he said,” Today international forces have collected against us and the internationally-backed people from different countries enter Iraq to fight us.”

He demanded for resistance of the people against the enemies and said,” We have to be fully prepared to stand against enemies.”

After mass rape by the Islamic State, Yazidi women still struggle to break the silence

Mosul Under Peshmerga’s Siege; Next Move? 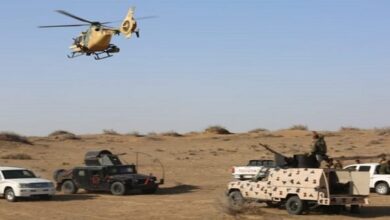