In a meeting with the Custodian of Astan Quds Razavi in ​​Mashhad, the Iraqi PM said Martyr Soleimani’s services for the security of Iraq are the best example for the brotherhood, friendship, and fraternity of the people of Iran and Iraq.

“The martyrdom of martyrs Hajj Qassem Soleimani and Abu Mahdi Al-Muhandis together strengthened the relationship between the two nations of Iran and Iraq.”

On a visit to Iran, the Iraqi prime minister, Mohammad Shia Al-Sudani, visited the holy city of Mashhad to take a pilgrimage to the sacred shrine of the 8th Shia, Imam Reza (AS), on Wednesday.

In his meeting with the Custodian of Astan Quds Razavi in ​​Mashhad, the Iraqi PM called the martyrdom of martyrs Hajj Qassem Soleimani and Abu Mahdi. Al-Muhandis a factor in strengthening the relationship between the two nations of Iran and Iraq.”

The services that Martyr Soleimani performed alongside the Hashd al-Shaabi for the destruction of ISIS and the ensuing security of Iraq is the best example of the brotherhood, friendship, and fraternity of the people of the two countries and shows that Iran and Iraq are walking together in the same direction.

In a terror attack, the US terrorists assassinated General Soleimani, the commander of the Qods Force of the Islamic Revolution Guards Corps (IRGC), and Abu Mahdi al-Muhandis, the former commander of Iraq’s Popular Mobilization Units (PMU), along with their companions by targeting their vehicles outside Baghdad International Airport on January 3, 2020, at the direct order from then US President Donald Trump.

Astan Quds Razavi also considered the friendly and fraternal relations between the people of Iran and Iraq to be unbreakable. He added:

“Iran and Iraq are one country and this sentence is not a rhetorical or ceremonial phrase; Rather, it is an objective truth.”

Marvi stated that historical evidence shows that Iranian and Iraqi scholars and authorities have always believed that Iraq and Iran are one, and added: “Many commonalities and historical events all indicate that there is no gap between the people of Iraq and Iran.”

He said: Enemies are always trying to create disunity between the people of these two great countries with various conspiracies.

Mohammad Shia al-Sudani, the new prime minister of Iraq, arrived in Tehran on Tuesday at the head of a high-ranking delegation of political and economic officials.

In addition to meeting with the Leader of the Revolution, Al-Sudani met and talked with the President, Speaker of the Parliament, First Vice President, and Minister of Foreign Affairs of Iran.

The Iraqi delegation arrived in Iran for a state visit on Tuesday. It held separate meetings with high-ranking Iranian officials, including the Leader of the Islamic Revolution, the President, the parliament speaker, and the vice president. 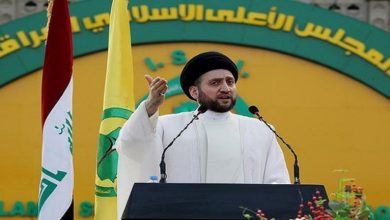