Iraqi Foreign Minister Fuad Hussein, whose country has hosted reconciliation talks between Iran and Saudi Arabia, says Baghdad is currently working with Tehran and Riyadh to help boost the representation of the two sides in the talks from security and intelligence levels to foreign ministerial level.

In an interview with Iraq’s Rudaw television, Hussein said Iraq continued to mediate the process of negotiations between Iran and Saudi Arabia, which is aimed at fixing the troubled ties between the two Persian Gulf neighbors.

“So far, there have been five meetings (between Iran and Saudi Arabia) in Baghdad, but they were at the intelligence and security levels,” said the top Iraqi diplomat.

“Since I met the Iranian and Saudi parties, we are working to change it to the level of foreign ministers, but this discussion is continuing. Let’s wait and see what happens next,” he added.

Hussein announced in July that Tehran and Riyadh had agreed to hold the first “public” meeting in years at the level of foreign ministers in Baghdad. However, the top Iraqi diplomat later said additional details and points of discussions for the meeting were unavailable.

Iranian Foreign Minister Hossein Amir-Abdollahian appreciated at that time the “constructive” role of Iraq in advancing regional dialog and said there has been “progress” in the last five rounds of talks with Saudi Arabia.

Amir-Abdollahian said he had told Iraqi mediators that Tehran was ready for a new political and security phase with Riyadh, expressing hope that the measure would “eventually lead to the return of Saudi Arabia and the Islamic Republic of Iran relations to normal.

Meanwhile, Faisal bin Farhan Al Saud, Saudi Arabia’s foreign minister, announced on Saturday that his country intended to establish close and friendly relationship with Iran since representatives from both states had held several rounds of talks in the Iraqi capital.

He, however, added that there were still differences with Tehran that currently precluded him from meeting with his Iranian counterpart.

The kingdom then pursued a confrontational foreign policy toward the Islamic Republic, especially during the administration of former US president Donald Trump, with whom the Saudi rulers shared close ties.

The two neighbors remain deeply divided over a set of regional issues, mainly the destructive Saudi-led war on Yemen. 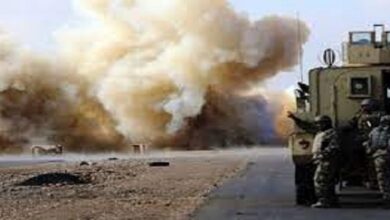