The Iraqi Popular Mobilization Unit (al-Hashd al-Sha’abi) on Wednesday captured a terrorist element in northwestern Iraq.
The terror element affiliated with the ISIS terror outfit was detained in Nineveh Province.

On Tuesday, news sources had also reported that a terrorist who was attempting to carry out a suicide mission was arrested in Iraq’s Diyala Province before fulfilling his mission.

Iraqi security forces have launched a plan for securing the pilgrims who enter the country to visit the shrine of Imam Hussain (AS) on the occasion of Ashura.

After nearly three and a half years of fighting with the ISIS terror outfit, which occupied about one third of Iraq, the Iraqi government announced the liberation of all its territories from ISIS hands in December 2017.

The remaining ISIS elements are still operating in some areas in Baghdad, Saladin, Diyala, Kirkuk, Nineveh, and Al Anbar provinces. 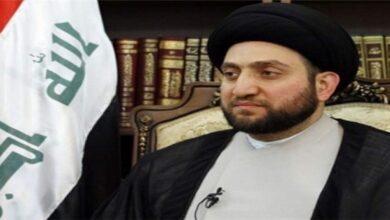 Destiny of regions’ countries tied to each other, Ammar Hakim