In recent weeks, attacks by ISIS elements have increased in the eastern and northern parts of Iraq.

Many Iraqi people and groups attribute the increase in ISIS movements in Iraq to the US plan to continue its occupying presence in Iraq.

The Iraqi Agency said in a statement that the agency had been planning an operation for several days in order to arrest the terrorists.

The terrorists confessed to carrying out terrorist attacks in the al-Anbar governorate and participated in other activities against the security forces and civilians in Raqqa, Syria. 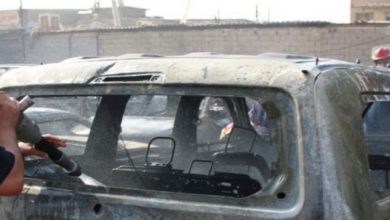 Iraqi nation angered by large US troop deployment in Kirkuk