The Iraqi prime minister Mustafa Al-Kadhimi warned ISIL militant group against trying to renew its terrorist activities, adding that the Iraqi military and security forces are chasing the militants inside and outside Iraq.

Al-Kadhimi made his remarks during a visit to bordering area with Syria to inspect the military and security measures taken to protect the country from ISIL militants, confirming readiness to confront the terrorist group.

Al-Kadhimi was briefed by the military offic3ers on the latest preparations, noting that the ISIL terrorists will be prevented from causing anarchy and undermining the state institutions.

Iraq announced in 2017 its victory over ISIL terrorist group after fierce battles. However, the remnants of the militant group tried to renew their terrorist activities. 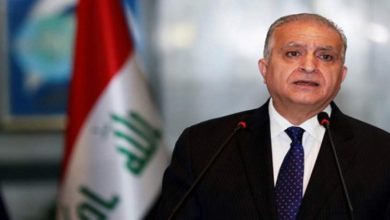