Iraqi media reported on Thursday night that a bomb had exploded as the US terrorist logistics convoy passed through Al Diwaniyah in central Iraq.

A US logistics convoy was targeted by a roadside bomb while passing through the Iraqi city of Al Diwaniyah, the Iraqi news channel Saberin reported.

According to the Saberin news channel, the Iraqi resistance group Ashab al-Kahf has claimed responsibility for the operation.

On January 5, 2020, the Iraqi parliament approved a plan to withdraw US troops from the country. 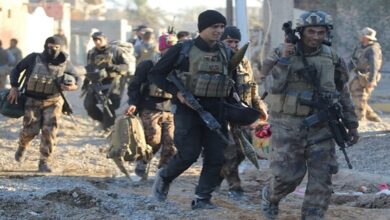