Salih made the remarks on Wednesday at a ceremony held in Baghdad by Iraq’s Popular Mobilization Units (PMU) or Hashd al-Sha’abi, marking the second anniversary of the US assassination of General Soleimani and his Iraqi trenchmate Abu Mahdi al-Muhandis, deputy PMU head, two influential figures in the counter-terrorism fight in the region.

“Today, we have gathered to pay tribute to the great victory leaders who confronted the terrorist Daesh. We proudly remember the victory over Daesh and the foiling of its ominous plot. We achieved a triumph over Daesh thanks to the fatwa of the [religious] authority and the support of Grand Ayatollah Ali al-Sistani Sistani,” he said, referring to the religious decree by Iraq’s prominent Shia cleric in June 2014 that led to the establishment of the PMU.

“Along with our armed forces and citizens, Martyr Qassem Soleimani, the great Iranian commander, participated in the fight against Daesh and helped save our country from a dangerous terrorist campaign that had entangled us. He came to Iraq in difficult circumstances to defend the country, along with the children of Iraq, against Daesh terrorism,” he added.

In 2014, when Daesh unleashed its campaign of terror in Iraq, Iranian military advisers rushed to the aid of Iraqi armed forces on Baghdad’s request, helping them reverse Daesh’s gains and ultimately liberate their entire homeland from the US-sponsored terror outfit some three years later.

General Soleimani, the former commander of the Quds Force of Iran’s Islamic Revolution Guards Corps (IRGC), played a key role in eliminating Daesh in the region.

However, angered by the senior general’s gains in the battle against Daesh, the US assassinated him upon his arrival at Baghdad International Airport on January 3, 2020 on an official visit to Iraq. The attack also killed the commander’s companions, including Muhandis.

Also in his speech, the Iraqi president underlined the need for resolving crises in the region and ending conflicts in order to prevent Daesh and other terrorist groups from wreaking havoc.

He further said that the new Iraqi government should be capable to meet the demands of the nation.

PMU chief Falih al-Fayyadh also addressed the event, saying General Soleimani was “the guest of Iraq and the supporter of its people.”

He also noted that Washington’s assassination operation “must have consequences for the nature of military relations with the United States.”

“We renew our allegiance and declare our loyalty with the martyred commanders. We will be an impenetrable barrier against terrorism and will work with the government to achieve our right to expel foreign forces from the country,” Fayyadh stressed.

US crime will go down in history: PM

“The crime of assassinating the commanders, who achieved victory against Daesh, would always remain alive in the history. The martyrdom of the commanders will be a beacon of freedom for all the people who wish for freedom and peace,” the message read.

“These commanders were the role model for every soldier who fought against Daesh terrorism. Their path of defeating terrorism will be continued.”

“The PMU’s experience and the victories of the two martyred commanders against Daesh became a beacon for all regional countries. They should use it and ponder how the Iraqis recaptured their country and defeated the Daesh terrorist attack, which was a coordinated action involving many countries.”

Ammar Al Hakim Warns Against Not Participating in the Coming Elections 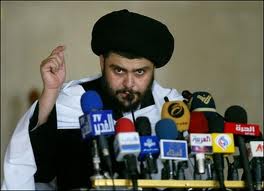 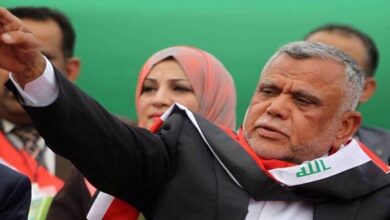 12 kidnapped Yazidis, including women and children, freed from ISIS