According to Iraqi National Intelligence Service, the country’s Air Force destroyed a cave and tunnel belonging to the ISIL terrorist group in Tuz Khurma in Saladin province on Wednesday.

In a statement issued on Wednesday, the Iraqi National Intelligence Service announced that under the command and supervision of Iraqi joint operations headquarters, Iraqi F-16 fighter jets carried out three airstrikes on ISIL positions in Tuz Khurma which led to the destruction of a cave and a tunnel belonging to ISIL.

In recent months, Hashd al-Sha’abi forces and the Iraqi Army have carried out a series of operations against ISIL members in Al Anbar, Nineveh, Saladin governorates.

Saudi Regime is the Root of All Evil: Nour Maliki

Iraqi Army in Street Battle with ISIS Terrorists in Ramadi 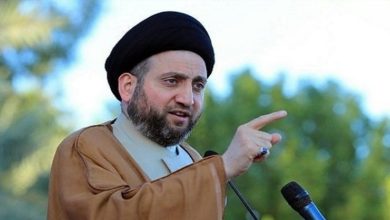 We call on all parties to use civilized ways to resolve disputes: Hakim