The secretary general of Iraq’s Harakat Hezbollah al-Nujaba resistance group has held US occupation forces responsible for the upsurge in terrorist attacks by Daesh Takfiri terrorists across the country, saying the current situation proves that terror outfits are all tools in the hands of hegemonic powers.

“The rise in criminal activities of Daesh sleeper cells, behind which the occupier is standing, is yet another evidence that this terrorist organization is nothing but a miserable tool in the hands of global arrogance. We call upon our brave brethren serving within the ranks of security forces and Popular Mobilization Units (PMU) not to be lenient and to mount preemptive strikes [against Daesh],” Akram al-Kaabi wrote in a post published on his Twitter page on Monday.

“We should not overlook vicious conspiracies aimed at diverting Iraqi forces’ attention away from the present state of affairs and plunging the country into spiraling crises,” the Harakat al-Nujaba chief noted.

On October 27, Daesh carried out an attack on a military base in Rashidiya, in the northern outskirts of Baghdad, shortly after the terror group launched a series of deadly raids in the provinces of Diyala, Kirkuk and Salahuddin.

The Iraqi Air Force intervened to repel the assault, launching several airstrikes against the terrorists, the source added, without elaborating on further details.

The attack came one day after Daesh elements killed 14 civilians and injured 15 others in the village of al-Hawasha, near the town of Muqdadiya, in Iraq’s eastern Diyala province.

Back in July, US President Joe Biden and Iraqi Prime Minister Mustafa al-Kadhimi declared that the US mission in Iraq will transition from combat to “advisory” role by the end of the year.

“The delegations decided, following recent technical talks, that the security relationship will fully transition to a training, advising, assisting, and intelligence-sharing role, and that there will be no US forces with a combat role in Iraq by December 31, 2021,” Baghdad and Washington said in a joint statement on July 26.

The agreement, which has effectively given a mere new name to the US military presence in Iraq, has enraged Iraqi resistance groups, which have played a significant role in defeating the Daesh terrorist group in Iraq in 2017. 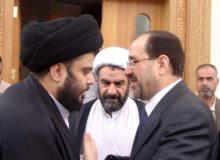 Daesh terrorists arrested in Anbar, Nineveh, as army pledges to ‘shake the earth’ under their feet