During the meeting with Iranian Foreign Minister Hossein Amir-Abdollahian, Iraqi President Barham Salih appreciated Iran for its support for Iraq, as well as the presence of the Iranian delegation at the Baghdad meeting.

Amir-Abdollahian who traveled to Iraq to attend the Baghdad regional summit in support of Iraq met and held talks with the Iraqi President on Saturday night.

Congratulating the successful holding of the Baghdad summit, Amir-Abdollahian stressed the support of the Islamic Republic of Iran for the independence, national sovereignty and territorial integrity of Iraq.

Appreciating the Iranian delegation for attending the regional meeting in support of Iraq, Barham Salih, for his part, called the first foreign visit of the Iranian Foreign Minister to Iraq important. He also thanked Iran’s support for Iraq.

Developments in the region, economic and trade cooperation between the countries of the region and the need to expand economic relations between the two countries were other topics discussed between the Iranian Foreign Minister and the President of Iraq in this meeting.

During his visit to Baghdad, Amir-Abdollahian also held separate meetings with the Iraqi Prime Minister and Speaker of Parliament. 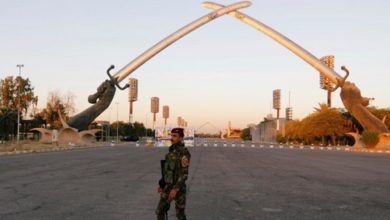 Iraq: 2 Rockets hit Green Zone near US embassy in Baghdad

One killed, 5 injured in car bombing in Iraq’s Karbala