A senior commander of Iraq’s Popular Mobilization Units (PMU) says the US and the Israeli regime have been behind “unrelenting attacks” on the resistance group, including Monday’s airstrikes in Najaf, urging the Iraqi government to “respond fittingly.”

In an interview with Tasnim News Agency, Abu Zia Al-Saqir said the drone strikes that recently targeted a military base of the PMU, also known as Hashd al-Sha’abi, in the holy city of Najaf were “a continuation of a series of attacks by the US and the Israeli regime against the organization.”

Two drones targeted an ammunition warehouse belonging to the Iraqi resistance group in the holy city of Najaf, south of the capital Baghdad, on Monday, according to a statement by the group.

The first strike was carried out at around 3:30 p.m. local time (1230 GMT), targeting the warehouse at a military base housing the paramilitary Imam Ali Division of the PMU in Najaf, the statement said.

The second attack on the same military base took place at around 5:30 pm local time (1430 GMT), the statement added, noting that the attacks followed a reconnaissance operation in the morning.

Saqir said the act of aggression was carried out “in violation of Iraq’s sovereignty and territorial integrity.”

He said the PMU units are an “integral part of Iraqi security forces” and attacks on their positions are tantamount to “attacks on Iraqi sovereignty.”

“The US does not attach any importance to its statements, promises and agreements made with Iraq, whether in the security or non-security realm,” the PMU official stressed. “Had the US respected Iraq, this incident (in Najaf) would not have happened. The (continued) attacks on Hashd al-Sha’abi forces reveal the reality.”

Saqir called on the Iraqi government to respond appropriately to the US and Israeli regime’s nonstop “destructive actions,” terming it “the last opportunity and test” for the government.

Hashd al-Sha’abi, he said, is part of the Iraqi security forces. “If the government’s response to the blatant violation of Iraqi sovereignty and the sanctity of Hashd al-Sha’abi is not on the desired level, such incidents will see a proportionate response,” he remarked.

The PMU commander said the aim of these attacks is to “put pressure on the Iraqi government and people and to force them to surrender and accept humiliation by the US and Israeli regime.”

“The decision of the Iraqi people and the parliament to condemn and oppose the presence of US troops on the Iraqi soil is very clear,” he said, invoking the parliamentary resolution last year that called for the ouster of foreign occupying forces, saying the decision “cannot be reversed.”

Referring to the assassination of top anti-terror commanders, the head of Iran’s Quds Force Lieutenant General Qassem Soleimani, and Deputy Commander of Hashd e Sha’abi Abu Mahdi al-Muhandis, who were killed in a US airstrike in Baghdad January last, the PMU official said it laid bare the “impudence and violation of the laws and national sovereignty of Iraq.”

“The Americans have not respected the sovereignty of Iraq for a single day, they have not paid any attention to the Iraqi side, and they do not pay attention to the values, laws and principles that the Iraqis have,” Saqir added, saying Gen. Soleimani was a “guest of Iraq” when he was martyred by the US.

“Hajj Qassem Soleimani was a dear guest of Iraq. This great man and the Islamic Republic of Iran gave everything they had to save Iraq from Daesh and non-Daesh forces, but it is very unfortunate that we witnessed such audacity and stupidity on the part of the Americans in this case,” he said.

He said that the blood of the two great martyrs will continue to illuminate their path and strengthen their resolve to resist the foreign occupying forces.

“We are giving politicians a chance today to do their job, and if the Americans insist on keeping their forces, we will have something else to say,” he added.

Pertinently, the relations between the Hashd al-Sha’abi resistance group and the US forces in Iraq strained beyond repair following the assassination of Gen. Soleimani and Muhandis on January 3 last year. In the last two years, the US forces in the country have faced frequent attacks, amid rising calls for the Americans to go home.

The latest incident in Najaf came as Iraqi Prime Minister Mustafa al-Kadhimi was in Washington for talks on the withdrawal of American combat troops from Iraq.

Following a meeting with US President Joe Biden, the two sides issued a joint statement and said they have agreed that the American combat mission in Iraq would come to an end by the end of 2021.

Under the agreement, however, US military forces will continue to operate in Iraq in what has been termed as an “advisory role.” 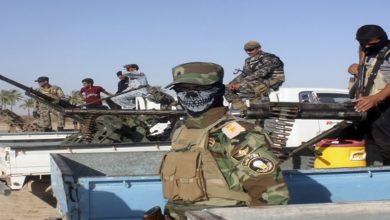 Iraqi forces dismantle terror planning ahead of Arbaeen in Samarra 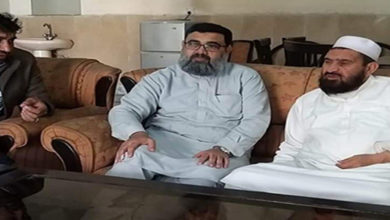 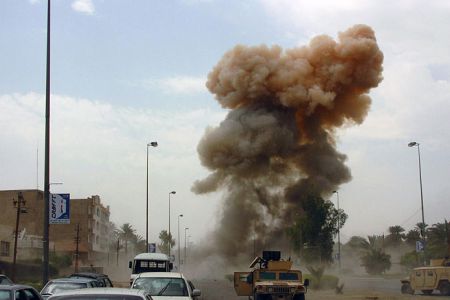