Iraq’s al-Nujaba Movement says the United Arab Emirates has made $13 billion from its destabilizing role in Iraq, criticizing the Iraqi government for preferring trade with a “small, non-producing country”.

Nasr al-Shammari, a spokesman for the resistance movement, hit out at the Baghdad government over the country’s large trade deficit with the UAE.

In remarks published Monday, the spokesman said the deficit is due to the fact that Iraq exported mostly oil products worth $1.27 billion in 2019, while it received UAE re-exports of mainly communication and satellite equipment worth $13.7 billion in the year.

“In other words, the trade balance is equivalent to $12.43 billion in favor of the UAE,” he said.

“This is while, Iraq’s imports from Qatar were worth about $30 million, from Saudi Arabia worth about $700 million and from the United States worth $1.2 billion,” Shammari said.

Citing official figures, Shammari put Iraq’s exports to China at $22 billion against $9 billion of imports from the Asian country.

The country’s imports from Turkey stand at about $10 billion, and from Iran at $8 billion, nearly $1 billion of which is for the purchase of gas for power plants.

These figures, Shammari said, are “understandable and justifiable”, given that the trade involves large countries such as the US, China, Iran and Turkey, but not with the UAE which he described “a port with a number of commercial offices” producing nothing.

He also questioned Baghdad’s refusal to trade directly with productive countries such as China, and instead importing low quality and energy-intensive equipment from the UAE amid a power crisis in the country.

Shammari said any multimillion-dollar trade with a country requires respect for its sovereignty and non-interference in its internal affairs, but the UAE has played a destructive role in Iraq, citing its subversive acts against the development of al-Faw port on the mouth of the Persian Gulf.

“The UAE is the main loser from the inauguration of this project, as it would lose billions of dollars annually when it opens. Therefore, it has no problem with spending one billion dollars to set fire to Iraq and stop the al-Faw Grand Port project.”

Iraq agreed a $2.625 billion deal with South Korea’s Daewoo Engineering & Construction in December 2020 to build the first phase at its planned Faw commodities port in the south of the country.

Earlier this year, an Iraqi lawmaker revealed the destructive role that the United Arab Emirates plays in Iraq, saying the UAE’s national security advisor was in charge of implementing the Emirati agenda that aims to destabilize the country.

“The UAE received the Iraqi file at the request of the US and the Zionist entity after Daesh occupied a number of provinces,” Kazem al-Sayadi, noting that Abu Dhabi has “death squads” in most countries across the world.

The PMU is a government-sponsored umbrella organization composed of around 40 factions of volunteer counter-terrorism forces, including mostly Shia Muslim groups, besides Sunni Muslims, Christians and Kurds. The force played a major role in the liberation of the entire Iraqi land from the control of the terrorists in December 2017.

According to al-Sayadi, an Emirati security team had arrived in Iraq to manage the Iraqi intelligence service and make Iraq a subordinate to the UAE which itself is “basically a subordinate of the Zionist entity”. 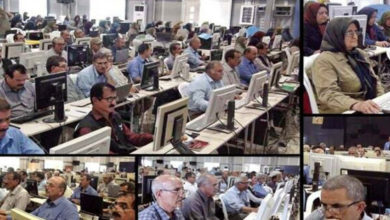