Iraq’s Harakat al-Nujaba movement, which is part of the Popular Mobilization Units (PMU) or Hashd al-Sha’abi, has called on all Iraqi institutions to throw their weight behind the resistance to restore the country’s sovereignty.

The US strike killed four Iraqi fighters who were performing their dupties of preventing the infiltration of Daesh terrorists from Syria into Iraq.

Ka’abi “invited all the military institutions to support the resistance in restoring the country’s sovereignty and territorial integrity, and promised the evil occupiers that military resistance would have the final say on the battlefield and make Iraq proud.”

He also noted that the US targeting of the 14th Hashd al-Sha’abi Brigade “proved that the [current] foolish US government is following in the footsteps of the former ignorant administration.”

“The evil occupiers should know that martyrdom is our path and we have performed the ablution of martyrdom in our burial shrouds for the great battle,” Ka’abi said, stressing that the political strategy seeking the expulsion of US occupation forces has failed.

“Until the complete liberation of Iraq from your evil (presence), we will not retreat, we will not give up and we will respond twofold to any attack,” he warned the Americans.

The Nujaba chief further thanked the officials in charge of Iraqi checkpoints for facilitating the passage of the resistance fighters.

He also criticized the mercenaries who slander about pro-resistance individuals and institutions, saying, “Their prosecution will be near and heavy, and sooner or later they will be tried for their great crimes and treachery.”

Meanwhile, the Iraqi News Agency quoted a spokesman for the presidency as saying that “the escalation is condemned and represents a violation of Iraqi sovereignty and national security and undermines the existing national efforts to achieve and strengthen security and stability.”

Through diplomatic efforts, Iraq strongly supports dialogue with various parties in order to ensure its security, stability, and full sovereignty and to ease tensions and crises in the region, the spokesman added in a statement.

Ahmaf al-Maksumi, commander of the 14th Hashd al-Sha’abi Brigade, said the US targeted resistance fighters with a 1,250-kilogram bomb during the attack that involved several drones and a fighter jet, the Telegram channel of Iraq’s al-Maloumah news agency reported.

He also called on the United Nations and human rights organizations to condemn the crime, which Washington has itself confessed to.

Two days later, the Iraqi parliament unanimously approved a bill, demanding the withdrawal of all foreign military forces led by the United States from the country.

Since then, however, Washington has been dragging its feet on the pullout and targeting anti-terror groups from time to time. 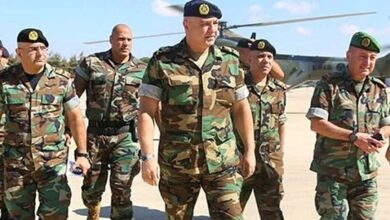 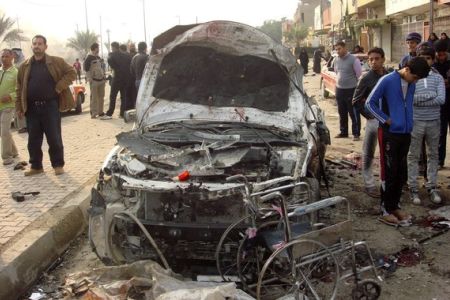 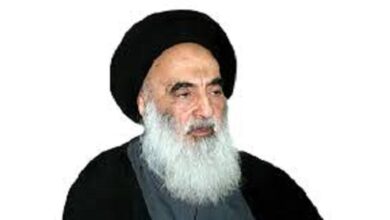