During a meeting with Adel Al-Rakabi, Minister of Labor and Social Affairs of Iraq in Baghdad, Mohammad Shariatmadari, Iranian Minister of Cooperatives, Labor and Social Welfare said on Monday: “For the Islamic Republic of Iran, supporting the stability, security, territorial integrity, authority and promotion of Iraq’s regional and international position is of special importance.”

Shariatmadari considered the cooperation and assistance of the two countries during the invasion of ISIS forces and rescuing the region from the trap of Takfiri terrorists as a successful experience, stating: “The cowardly assassinations of Lt Gen Qasem Soleimani and Abu Mahdi al-Muhandis were the largest examples of foreign interference in Iraq’s internal affairs in the form of state terrorist operations.”

Referring to the presence of Iranian labor in the Iraqi Kurdistan Region and the need for serious efforts to solve their problems, the Minister of Cooperatives, Labor and Social Welfare of Iran said: “The draft agreement on the exchange of skilled and specialized labor between the two countries should be on the agenda so that the two neighboring countries can meet the real needs of their labor market by using skilled and specialized labor.”

Shariatmadari stressed the need to conclude an agreement on the exchange of insurance records of the two countries, adding: “This issue will support the legal labor force as well as the development of employment and investment in Iran and Iraq.”

Adel Al-Rakabi, Minister of Labor and Social Affairs of the Republic of Iraq, in a meeting with Shariatmadari, welcomed the expansion of cooperation between Iran and Iraq in the technical and professional and vocational fields, as well as work and employment, saying: “The document of the Iran-Iraq joint action plan must be implemented seriously and at the appointed times.” 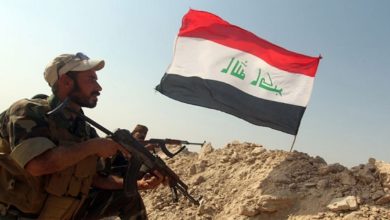