The secretary-general of the Asa’ib Ahl al-Haq movement in Iraq said that the resistance forces, with God’s help, was more capable of driving the occupiers out of Iraq.

Sheikh Qais al-Khazali said in a statement on Thursday: “As resistance groups, we have taken up arms and will continue to take up arms to destroy any US or US military presence on Iraqi soil.”

Sheikh al-Khazali said: “There is no room for the existence of American military bases in either Ain al-Assad or Al-Harir, this is the decision and promise of the men of resistance.”

The Secretary-General of the Asaeb Ahl al-Haq Movement noted: “We emphasize that the current operations of the resistance will continue and will increase everywhere in Iraq, in the west and in the north of this country.”

He added: “When we want the expulsion of American forces, it means we want the implementation of the constitution.”

Sheikh Al-Khazali further warned about the danger of the evil role of some foreign governments in the affairs of Iraq, especially the role of the UAE, and said: “The UAE is directly trying to influence the results of the Iraqi elections, and therefore we do not accept the elections whose result is in the hands of the UAE rulers.”

Sheikh Al-Khazali emphasized: “As long as the national forces and Popular Mobilization Units (PMU) or al-Hashd al- Shaabi are present in Iraq, the UAE project will not be implemented, God willing.”

He stressed: “The bravery of al-Hashd al-Shaabi led to a great achievement for Iraq, which would not have been achieved without the blood of these forces and the fatwa of the Religious authority.”

In another part of his remarks, Secretary-General of Asa’ib Ahl al-Haq stressed that secret efforts are being made in Iraq to normalize Baghdad’s relations with the Zionist enemy, but Iraq will not give up. 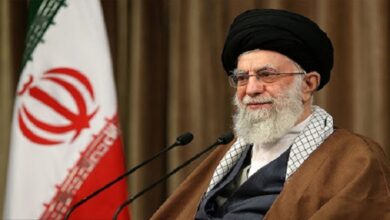 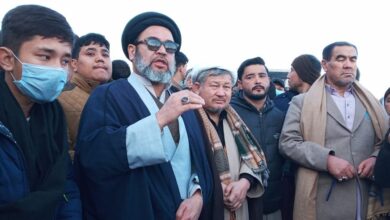