He is scheduled to meet with his Iranian counterpart Mohammad Javad Zarif as well as other Iranian officials to confer on issues of mutual interest.

Quoting a diplomatic source, the Middle East News had earlier reported the visit. The source did not mention the schedule of the Iraqi foreign minister’s meetings in Tehran but noted that he is expected to meet with relevant officials in the Iraqi case, such as Secretary of Iran’s Supreme National Security Council Rear Admiral Ali Shamkhani and his Iranian counterpart.

Fuad Hussein’s visit to Tehran will take place one day after the visit of Jeanine Antoinette Plasschaert, Special Representative of the Secretary-General for Iraq, to Tehran.

The last visit of the Iraqi foreign minister to Tehran was made in September. 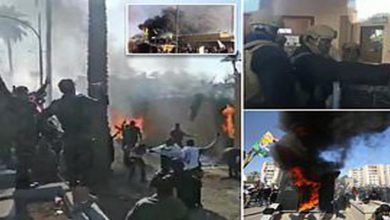